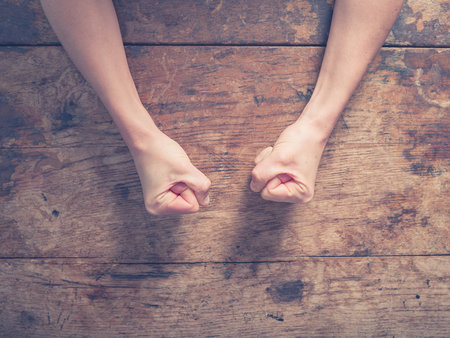 It’s not uncommon for many alcoholics to find that they have also had issues with anger. For many, their urge to drink is directly linked to how much anger they’re feeling. They may turn to alcohol to cope with their anger because they discover that it is the only thing that calms them. A drink can soothe frustration, sadness, jealousy, or any other emotion that can be tied up with anger.

Because anger is often such a major part of an alcoholic’s emotional makeup, learning how to effectively manage it becomes an important recovery tool. This is why anger management is often included in treatment plans at rehabs and recommended by therapists and 12 step programs.

Origins of an anger problem.

Anger is a normal human emotion that cannot be avoided, it’s how a person chooses to handle it that makes a difference. Many alcoholics never learned how to process their anger along with other unpleasant emotions in a healthy way. They may have grown up in alcoholic or dysfunctional households when they were exposed to anger, violence, or abuse. Drugs or alcohol often become the only way they can deal with these unresolved feelings. Some other possible origins of an alcoholics anger can include:

-An inability to recognize emotions or a lack of understanding of where emotions come from.
-Addiction prevented them from learning how to express anger in a normal way.
-Alcoholic or abusive parents provided an unhealthy example of how to deal with and express anger.
-Addiction may have gotten in the way of normal emotional development, self-awareness, or the process of maturing.
-Alcoholics are often unknowingly angry at themselves and misdirect that anger at the people around them.

Learning to deal with anger.

It is possible for a recovering alcoholic to reprogram themselves when it comes to coping with anger. Because this emotion simply can’t be eliminated from one’s life, it’s essential for an individual to learn healthier ways to express anger rather than trying to suppress it altogether. Some helpful methods for doing so can include:

-Practicing assertive behavior to express anger or frustration.
-Learning to argue in a calm, rational way and even taking a break from the argument if needed.
-Working through anger in physical activity, such as running, exercise, or another healthy activity.

Getting in touch with other emotions through anger.

It’s important for someone in recovery to learn more about the nature of anger itself. Oftentimes a feeling of anger points to another deeper emotion or need that is calling out for attention. This is because anger almost never arises out of nowhere. It is usually felt because of frustration, a strong fear, or a need for some sort of the change in one’s life. Many alcoholics have spent many years neglecting basic needs and find that they experience intense anger during early recovery. Until they address those unresolved needs or emotions, their anger can never be resolved.

How learning to be assertive can help.

Learning how to have one’s needs met in a healthy way can’t be done without first learning how to practice assertive behavior. Luckily, assertiveness is a skill that can be learned with the help of a therapist or other counselor. Some basic concepts of being assertive include:

-Expressing one’s thoughts, feelings, and concerns in a respectful and direct way.
-Standing up for one’s personal beliefs and rights.
-Acting with mutual respect and encouraging communication.
-Not confusing assertiveness with aggressiveness.