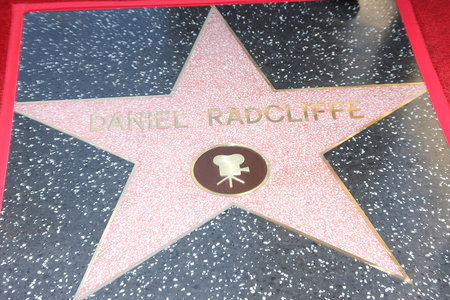 Although Daniel Radcliffe, the star of the Harry Potter series, has led a successful acting career he has also had his fair share of doubts and difficulties. Radcliffe has revealed in interviews that he struggled with alcohol, especially after his role as Harry Potter ended with the final film. The actor said candidly that he drank quite a lot because of the fears he experienced about returning back to reality.

After playing a popular character in one of the highest grossing film series of all time, Radcliffe worried about what would come next and drank heavily to quell his anxiety. The actor quit drinking in 2010 and has not touched alcohol since out of fear that he could become an alcoholic. Instead of continuing down a path of self-destruction, Radcliffe decided to become sober and he has been able to maintain a successful career as an actor in spite of his most famous role ending.

Alcohol Abuse as a Young Adult Star
Daniel Radcliffe’s drinking may have escalated after the Potter series ended but his issues with alcohol began to be problematic even while he was still filming the movies. He says that although he never drank on set, there were times when his alcohol consumption left him still feeling inebriated and “dead behind the eyes” during shooting. In interviews he has admitted that his problems reached a point where he would black out every time he drank alcohol. He became so concerned about his behavior in public when he got drunk that he became reclusive and drank at home alone at only the age of 20.

His life began to go off the rails when he turned 18 and was getting closer to reaching the finale of the series. While filming “the Half-Blood Prince”, the sixth film in the series, his drinking began to be an issue and he would sometimes show up to shoot a scene while still drunk from the night before. Like most addicts, he became very adept at hiding his problem and luckily avoided any media attention for his drinking and partying habits. After the series ended and his drinking was sending him down a destructive road, Radcliffe realized he needed to make a change and finally made the decision to quit.

Moving On After Harry Potter
The actor has now been sober for 5 years and fortunately has had no shortage of work since Harry Potter. He says that he is grateful that he was able to find numerous opportunities for his acting career especially in roles that were more grown-up rather than being offered more teen-like roles. He has since starred in the gothic horror film “Woman in Black” as well as a romantic comedy called “What If” and also landed a role as Allen Ginsburg in a movie about beat writers called “Kill Your Darlings”. Radcliffe has also received critical acclaim for his theatre work in the Broadway and West End Productions “Equus” and “How to Succeed in Business without Really Trying”.

Daniel Radcliffe is no longer a child star but is now a seasoned actor capable of a wide-range of roles. Being sober has allowed him to continue to enjoy success in acting and avoid returning to his days of working while hungover or drunk. He says that he can be quite insecure and deal with a lot of self-doubt, something that he must face as a sober person now without the escape of self-medication. While the pressures of fame and an addictive personality may have caused him to struggle with alcohol abuse toward the end of Harry Potter, Radcliffe has managed to escape the fate of a long-term addiction.