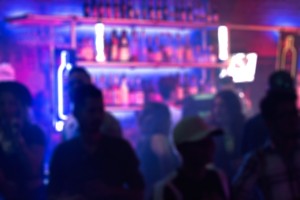 Many addicts and substance abusers do not simply grow attached to one drug to the exclusion of all others, but they combine multiple substances in what is called polydrug use. Sometimes people want to increase the effects of a drug already taken, or they may be in a more experimental mood as drug use inhibits their ability to make rational decisions.

Alcohol is frequently used alongside other drugs, and many people may be unaware of the serious dangers of drug mixing. Even moderate amounts of two different drugs can be taken together, combine in such a way that can cause things to go seriously wrong.

Drug interactions:
The way two drugs combine and work together, changing their properties or effects is known as drug interactions. There are basically three types of drug interactions:
Additive: Alcohol and a drug affect you in a way that combines the two substances.
Synergistic: The effect of a drug is intensified when combined with alcohol, having a larger effect than expected.
Antagonistic: The effect of a drug is diminished when combined with alcohol, leading to decreased effectiveness in unpredictable ways.

Here are some specific ways alcohol can combine with illicit drugs to create extremely risky situations.

Alcohol and marijuana:
Both marijuana and alcohol have sedative effects, slowing motor skills and reaction time and slowing perceptions of time and space. Taking together, this effect can be significantly intensified, as alcohol may cause THC to be absorbed in the blood much faster, a phenomenon known as “greening out.” This can lead to increasing both drugs’ negative side effects, both physical (nausea, vomiting, tiredness) and psychological (paranoia, anxiety, psychosis).

Alcohol and cocaine:
Both substances elevate blood pressure, and this effect is dramatically intensified when combined. Alcohol and cocaine combined in the body create cocaethylene, which can tax your heart beyond its limits. Thus, taking cocaine and alcohol together puts you at great risk for a heart attack or stroke. It can also create severe effects on the brain, leading to decreased ability to process information and increase the likelihood of risky behavior that can linger for several months.

Alcohol and hallucinogens:
Hallucinogenic drugs alter your perception of reality and cause you to see and experience things that aren’t real. Alcohol diminished your inhibitions and ability to rationally think through the consequences of your actions. Combined, these can make your actions more unpredictable and not tied in with reality, which can lead to accidents and injury.

Alcohol and sedatives/tranquilizers:
Taking alcohol with any other kind of depressant, including opiate painkillers, is extremely dangerous because the sedative effects can be significantly intensified and dosage can be almost impossible to control. Combining them leaves you very vulnerable to overdoses that can cause a coma or death as your lungs and heart stop working.

Alcohol and stimulants:
Taking alcohol with amphetamines diminishes their immediate effects, the two drugs canceling each other out, to an extent. This can lead to severe overdoses, as users take high levels of both substances, not realizing how drunk or high they are really becoming.

Even the relatively harmless stimulant caffeine can counteract alcohol’s drowsiness and deceptively make you feel less drunk than you really are, which is why many states have banned the mixing of alcohol and energy drinks. Because your ability to monitor dosage is slanted by diminished effects, you become more vulnerable to severe health and psychological risks, including irregular heart disease, nausea, paranoia, spasms, migraines, and kidney disease.