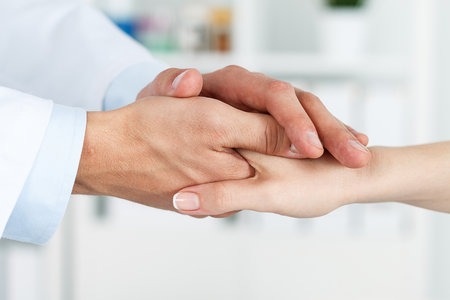 What is a co occurring disorder?

There are certain combinations of dual disorders that occur quite often. Individuals with some form of severe mental illness are more vulnerable to alcoholism or substance abuse, with about 50% of adults experiencing some form of addiction. It’s important for treatment professionals to understand the nature of co occurring disorders so that they can determine what course of treatment would be appropriate for each individual. Treating an individual with a dual disorder presents a unique challenge in that the severity of each disorder may widely differ, and the nature of the disorders may also change over time. People with dual disorders also face bigger challenges when it comes to social and emotional issues, and seeking treatment. Relapse is also much more common among those with a dual disorder diagnosis. This will often lead to a worsening of any existing mental disorders, making treatment needs more complex and lengthy.

What are some of the most common co occurring disorders?

Alcoholism.
There are a number of mental health conditions that commonly occur with alcoholism, including drug addiction, mania, depression, and schizophrenia. Alcoholism is often developed as a way for an individual to cope with the symptoms of an existing mental disorder. In time, a drinking problem will only worsen the condition and make treatment more difficult.

The National Institute on Alcohol Abuse and Alcoholism has found that alcohol abuse and anti social personality disorder often occur together. The lowered levels of judgement and inhibitions that occur when a person drinks heavily only make the symptoms of anti social personality disorder more pronounced. The two disorders often develop early on in life and must both be treated for recovery to take place.

Cocaine Addiction.
Cocaine is attractive to many first time users because of its ability to produce feelings of euphoria and confidence. But as cocaine use becomes more frequent and heavy, these initial pleasant feelings can quickly change. Paranoia, hallucinations, sleep disorders, and violent behavior are all quite common and contribute to an overall sense of anxiety. Developing a full blown anxiety disorder is quite common with individuals who are heavy cocaine users. Even when sobriety is achieved, the symptoms of an anxiety disorder may continue to linger.

Heroin Addiction.
Heroin use will initially produce pleasant feelings, but with long term use those feelings will rapidly change. As areas of the brain responsible for controlling feelings of pleasure are damaged by the drug, depression becomes very common and overwhelming. A heroin addict will eventually feel that they are unable to experience any feelings of happiness or pleasure at all, leading to heavier use of the drug and a high risk of overdose and even death. Luckily depression can be treated along with heroin addiction so that an individual can begin to experience normal feelings of well being and balance once again.