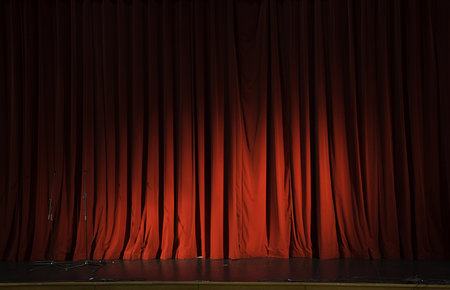 A new comedic web series takes a uniquely honest look at a young woman’s struggle with bulimia, and all the psychological struggles that go along with having an eating disorder. Comedian Jessie Kahnweiler struggled to get her series The Skinny out to audiences after spending 10 episodes exploring issues such as tumultuous relationships with romantic partners and family, career issues, as well as living with bulimia.

After screening her series at Sundance earlier this year and signing on Transparent’s Jill Soloway as producer, Kahnweiler felt understandably nervous about showing a project that was so personal to her to the world. During the course of the series, viewers see Kahnweiler, who plays a fictionalized version of herself, binge and purge as well as deal with her overbearing mother and sketchy boyfriend.

Kahnweiler say that while the series is not totally based on her life, some of the aspects that deal with bulimia are taken straight from her own 10 year struggle with the disorder. She says she’s wanted to share her experiences for a long time and the series has finally given her the opportunity to do just that. Kahnweiler decided that comedy was the only way she could present a subject that was so dark and also so personal to her.

The Skinny successfully tackles the subject with a unique combination of perceptiveness and irreverent humor. Kahnweiler says that finding humor in even the most dire situations is a cathartic experience for her and has helped cope with a disorder that has been like a living hell for her.

The dark subject matter may have been the reason why Kahnweiler had such a difficult time financing the series. She eventually turned to Kickstarter, an online crowd fundraising site, that helped her raise over $12,000 to get the project off the ground. She found that many of her donors were women like herself who had struggled with or were currently battling some form of an eating disorder.Many women expressed their desire to see their disorder portrayed in a truthful manner.

Kahnweiler eventually gained the backing of Soloway who produced the series and garnered the support of Refinery29. Soloway’s participation gave Kahnweiler the guidance she was looking for, as well as a production team that could finally get the series going.

What makes the series so unique is the way it portrays bulimia as a complex psychological condition that doesn’t only have to do with a person’s weight. Kahnweiler herself does not fit the stereotypical profile of a bulimic – she is a healthy looking, outspoken young woman.

The series places an emphasis on all the insecurities and psychological turmoil that go along with having the disorder. There is also a focus on relationships and career struggles that many young women will relate to.

Kahnweiler says telling her story is her way of raising awareness of an issue that is still widely misunderstood. It is estimated that around 20 million women in the United States are struggling with an eating disorder and it is this staggering number that motivated Kahnweiler in creating a series that dealt with some of her most personal issues. So far she has received a lot of positive feedback from female viewers thanking her for her honesty. The reception has made Kahnweiler feel less alone in her struggle.