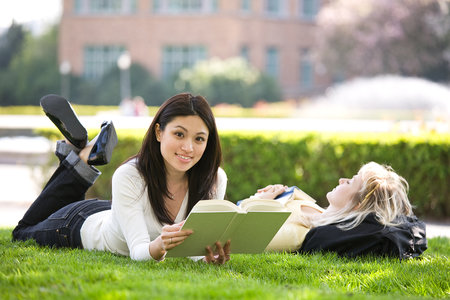 Among young adults as an age group, college students may be more at risk for developing a mental illness than those that are non-students. Mental illness can interfere with a student’s schoolwork, social life and overall self-esteem when they are dealing with the pressures of college along with symptoms of depression or anxiety. In a work-study conducted at the University of Texas in Austin it was determined that 20-22 percent of college students on campus have had some significant issues with depression or anxiety.

A clinical psychologist involved in the study even went to speak with the University’s mental health counselors and they anecdotally responded that the percentage seemed accurate. Symptoms of mental illness seem to be more common among college students than among non-students according to the findings of this new research.

Common Mental Illnesses in College
Psychologists involved in the study were particularly concerned about the dangers of potential suicide as an outcome of mental illness among this age group. With one in four adults dealing with some type of mental illness ranging from acute depression, to schizophrenia and bipolar disorder college campuses are not immune to this problem. The most common disorders found on college campuses are depression, anxiety, eating disorders and post-traumatic stress disorder.

According to the study, 44 percent of college students reported feeling symptoms of depression with many reporting that they felt so depressed it was difficult to function. An overwhelming 80 percent of students said that they frequently experience daily stress while 13 percent were actually diagnosed with an anxiety disorder. The study also found that 40 percent of female college students suffer from eating disorders with an increase in the male population as well. The percentage range of PTSD among college students is 6 to 17 percent which is higher than the general population.

Mental Health and Struggling in School
The study discovered that many of the students suffering from depression experienced some type of trauma. Symptoms include a sad, irritable mood with alterations in parts of the brain that affect movement and thinking. Patients with depression can also experience low motivation, low energy, hopelessness and a lack of purpose. People can also become withdrawn and have trouble sleeping all of which can affect their ability to function in college.

The stress of schoolwork can sometimes contribute to the development of symptoms of depression but psychiatric help and medication can help students return to a better level of functioning. Anxiety can also immobilize people who suffer from it in severe forms such as general anxiety disorder or panic disorder. Many students suffer from a combination of anxiety and depression which can make it especially difficult for them to succeed in their classes or maintain a normal social life. They may find it hard to focus in class or even struggle to get out of bed.

Eating disorders mostly affect female students but they can occasionally affect males as well. People may fall under the category of restrictive eating such as anorexia nervosa or binge-purge type of disorder like bulimia. Students can often suffer from both depression and an eating disorder as their eating habits sometimes become a way of coping with their feelings of sadness or fear. Young people can experience PTSD often as a result of military service or in response to an incident of sexual assault.

With the rise of sexual assault there are more women that suffer from PTSD than men throughout non-military population. It is clear from the study that mental illness is a significant issue among college students. The authors of the study want people to be more aware of the signs of mental illness among their peers so that they can seek help before symptoms become worse.