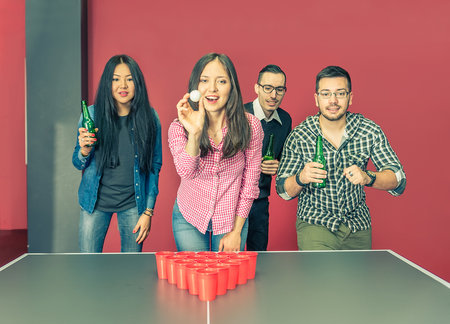 Reckless use of drugs and alcohol is a contributing factor behind the death, injury, and poor health of many college students. Substance abuse can also contribute to problems with mental and emotional health, lead to high-risk behaviors such as unprotected sex, and greatly diminish academic performance. A 2013 survey by the National Institute on Drug Abuse suggests college students are twice as likely to use marijuana on a daily basis, more likely to binge drink, and more likely to abuse prescription stimulants than their non-enrolled peers.

It is vitally important we use every resource available to combat the epidemic of drug use and heavy drinking among students. Health care providers can have a very important role in screening and educating against substance abuse. However, a recent study administered by the National Institute of Health suggests many doctors fail to take advantage of this important opportunity.

The study:
An article published in the September 2015 issue of JAMA (The Journal of the American Medical Association) Pediatrics revealed that college students are less likely to be warned by doctors about substance abuse. Dr. Ralph Hingson, a researcher at the National Institute on Alcohol Abuse and Alcoholism co-authored the survey, and told Reuters he finds the results surprising and disturbing.

For the survey, researches found a representative sample of around 2000 10th graders who were surveyed once a year until one year past high school graduation. Of the students who filled out the annual surveys, 33 percent were not enrolled in college, 42 percent were enrolled in a four year school, and 25 percent in a community college. 75 percent of people in the college-attending group had visited the doctor in that year, compared with 65 percent of people not enrolled. This healthy choice does suggest college students have a greater level of concern for their health.

However, in those doctors’ visits, less than half of college students received any word about the risks of excessive drinking or drug use, compared with 57 percent of non-college students. Even frequent substance users, defined as a participant who drank, used drugs, or smoked more than six times a month, were far less likely to be advised to reduce or avoid those activities if they were enrolled in college. Overall, only 20 percent of the youth were told to reduce or stop their substance use.

Importance of asking:
Early intervention and screening in a doctor’s office can be a very important way to reduce problems with substance abuse. Many people engaging in high-risk drug or alcohol abuse justify or minimize their behavior. Unknown and unchecked substance abuse can lead to dependence and put people at tremendous risk. Visits with medical professionals provide unparalleled opportunities to detect emerging problems with substance abuse, educate people about their dangers, and provide opportunities for recovery and healthier lifestyles.

A doctor who doesn’t ask about a patient’s drinking or drug use is missing an important opportunity to care for the health of his or her patients. Even briefly bringing up drinking and drug use sends a clear message that the problem is very important, and can cause patients to reevaluate risky behavior.

Although conversations about drinking or drug use can sometimes be uncomfortable, truthful conversations can be one of the most important ways to stop someone from engaging in such risky behavior. Creating a sense of awareness of the dangers of substance abuse can be life-saving, and something we must all commit to as much as possible. If you are a healthcare provider, or concerned about the health of a loved one or friend in your life, practice communicating the importance of avoiding dangerous substance abuse.