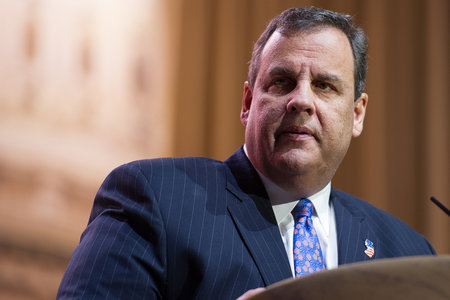 With the state of rising drug addiction in the U.S. and especially the epidemic of prescription drug abuse, many candidates on the presidential campaign are weighing in on this important topic. Republican candidate, Chris Christie has been discussing the issue especially in terms of providing treatment for addicts rather than incarceration as a better way to handle people arrested on drug charges. He has been advocating treatment over incarceration for years for any offenders with drug issues which he says is an extension of his “pro-life” stance.

Addiction has been a serious topic on the campaign trail because it is an issue that has been driven to the fore-front. Statistics say that now more people are killed as a result of prescription drug or heroin addiction than those that are killed in car crashes. Those kinds of alarming facts have made drug addiction a major issue for political candidates like Chris Christie to tackle.

Personal Experiences Highlight Problem of Addiction
The problem of drug addiction is particularly acute in New Hampshire where the Mayor of Manchester, Ted Gathas, makes sure to discuss the issue with every political candidate that visits the area. But the problem is not only something that needs to be addressed for certain states; it is a national issue as well. Hillary Clinton has already proposed a 10 billion dollar plan to treat people with addictions and reduce incarceration for nonviolent drug offenders in order to stem the epidemic of prescription drug and heroin abuse.

Carly Fiorina and Jeb Bush have also discussed the importance of treating addiction referencing personal experiences with family members who struggled with substance abuse. Fiorina’s stepdaughter died from drug abuse and Bush’s daughter Noelle was arrested due to her prescription addiction. In his campaign, Chris Christi has spoken about a good friend of his from law school who seemed to have it all but after being prescribed opiates for back pain began to spiral into an addiction. Christie says that he and his friends staged an intervention but the friend continued to use drugs to the point of losing his marriage, job and savings. Later his friend was found dead in a motel room with an empty bottle of Percocet and a quart of vodka.

Efforts to Combat Addiction in New Jersey
Christie’s personal experience with a friend dying from an addiction, along with Fiorina and Bush’s own children dealing with substance abuse illustrates how common the problem has become in the U.S. Like many other candidates, Christie believes that drug addiction can happen to anyone and that people in this country need to be treated for their disease and not jailed so that they can have the tools to recover and lead productive lives again. As governor of New Jersey, Christi has already signed bills to improve access to drug treatment and prevention. In 2013, he signed a “Good Samaritan” law that provides immunity from arrest for people who call 911 for a friend who is overdosing. The state of New Jersey has also made use of the drug Naloxone which can reverse the effects of opiates to prevent death from an overdose. Christie has even vowed to crack down on marijuana if he is elected president calling medical marijuana programs a “front for legalization”.

Although Christie has made efforts for more drug treatment in New Jersey, a lack of funding has prevented his policies from making significant improvements in the state. Many in the state are also unable to access treatment because their insurance will not cover their recovery. It is clear that more needs to be done to make drug addiction treatment more widely available to many Americans who are suffering from substance abuse problems.