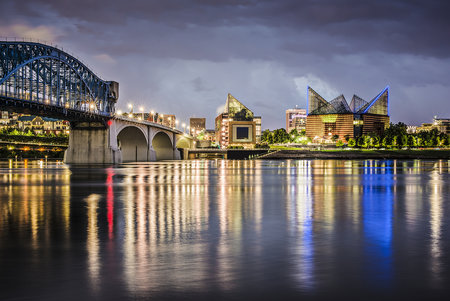 The world was shocked by a tragic act of violence on July 16, 2015, when Muhammad Youssuf Abdulazeez opened fire on a military recruiting center and a Navy Reserve center in Chattanooga, Tennessee. Five soldiers were killed, and Muhammad himself was killed in the ensuing gun battle with soldiers and police.

As is the case with these senseless acts of mass violence, the causes behind the action is complex, and should lead to many conversations about guns, religious terrorism, and other ways to prevent these tragedies from occurring. However, by speaking with family members and digging into Abdulazeez’s past, we have discovered what could be one of many contributing factors – his struggles with mental illness and addiction.

Muhammad Youssuf Abdulazeez was born in Kuwait, but was raised in Tennessee, and had become a naturalized citizen. Speaking through a representative, members of Muhammad’s family told the Associated Press that he had many struggles with depression and drug and alcohol abuse.

Muhammad had many friends in high school and college. Classmate Ryan Smith spoke to The Times Free Press and described him as “unbelievably nice” and “one of the funniest guys I’ve ever met.” However, it is likely that this outward projection of an outgoing, friendly, and humorous young man was masking a deep sense of internal pain. In his blog, he spoke that life felt “like a prison.” He spoke of life as “short and bitter” and “nothing more than a testing of our faith and patience.” It was framed in terms of his Islamic faith, but it also speaks to a bleak outlook on life symptomatic of those who struggle with depression.

In April 2015, he was arrested for driving under the influence, after being pulled over after drinking alcohol, smoking marijuana, and snorting caffeine pills. He was also struggling to maintain a job, and had lost a job because of a failed drug test. Abdualzeez appeared to be striving to be a devout Muslim, and openly expressed his faith to friends. Orthodox Islam expressly forbids the consumption of alcohol, and takes a deeply negative view of substance abuse of any kind.

It is thus very likely Muhammad’s addiction struggles created a deep sense of guilt. Like many addicts, he personalized and absorbed stigma, using his struggle with addiction as a reason for self-hatred. This is a familiar cycle for many people who struggle with dual diagnosis (having both a substance abuse disorder and a mental health issue concurrently.) The shame and guilt of “succumbing” to an addiction can intensify the negative feelings of depression, which can further drive you to take more of the substance that seems to make those feelings go away.

A person suffering from a mood disorder is often significantly more likely to harm themselves or someone else. Many people with undiagnosed or untreated strong, uncontrollable negative feelings will try to self-medicate with drugs or alcohol in an effort to feel better. In fact, according to the National Association of Mental Health, 53 percent of people with a drug addiction also have a serious mental illness. Taken by people who are already vulnerable, drugs and alcohol can seriously cloud judgment and decision making, making it more likely they will engage in harmful behavior.

However, speaking to USA Today, Mental Health Association of East Tennessee Director Ben Harrington said that by itself, depression does not lead someone to commit randomized violence. There is a lot of harmful stigma and stereotyping of people with mental illness. They are not scary, dangerous, or likely to hurt anyone, but in fact are in desperate need of compassionate care.