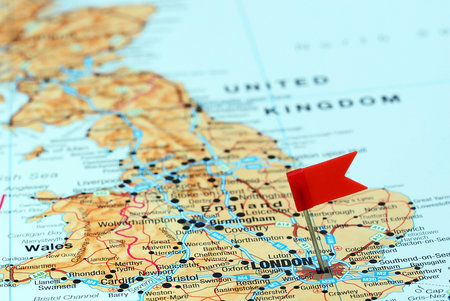 A recent report published by the EMCDDA (European Monitoring Centre for Drugs and Drug Addiction) highlights some of the issues surrounding combined mental health and substance use disorders in Europe today. The co-existence of drug abuse and mental health disorders has been on the radar of the EU drugs agency for over a decade but concern over the topic grown over recent years.

As a result the EMCDDA chose to publish a more comprehensive analysis of the topic at the European level to provide policymakers and practitioners working the drugs field with an overview of dual diagnosis and the tools available for its assessment and diagnosis. While dual diagnosis has become more familiar across Europe there are still many challenges to creating a system of adequate detection and treatment for comorbid mental and substance use disorders. Policymakers, professionals and clinicians involved in the field of substance abuse treatment will need to learn how to acknowledge and respond to such disorders in order to provide better care for the many people affected across Europe.

Limited Data and Assessment for Co-Morbidity
Although data on the prevalence of psychiatric comorbidity among drug users exists in Europe, information is limited and heterogeneous regarding methods and populations. The recently published report asserted the importance of further studying the occurrence of psychiatric comorbidity in drug users to determine its magnitude and to help improve the coverage of adequate treatment.

The authors presented a range of instruments available to assess psychiatric comorbidity and a selection of tools used for screening and diagnosis. According to the report, diagnosing someone with a dual disorder can be complicated because of symptoms overlap, symptom fluctuations and the limitations of the assessment methods. Among existing data on people with mental health disorders in Europe, between a third and a half of them will meet the criteria for another mental or substance use disorder at some point in their lives. Within these groups with substance disorders, the most common mental disorders are personality, anxiety and mood disorders.

Mental Health and Substance Use in Europe
In spite of some of the existing statistics, Europe is hampered by a lack of agreed upon criteria to define co-morbid disorders as well as a scarcity of national studies. There is a great need to develop European harmonized research and monitoring instruments on the co-occurrence of mental disorders among those with substance abuse problems to better describe the phenomenon at the European level.

There have been few studies carried out in Europe that measure the prevalence levels of co-morbidity in the general population. A recent project, however, estimated that 43 to 120 individuals per 100,000 meet the criteria for dual diagnosis in Denmark, Finland, Poland, England, and Scotland. Other studies have focused primarily on populations that are easily accessible and mainly on people who are entering treatment for drug use problems or people with mental health disorders.

Of the information found, the most common drug use present in people with comorbid disorders involved alcohol, opioids, amphetamines, sedatives and cannabis. The most common combinations of dual diagnosis issues were alcohol and depression, opioid use and personality disorders, cannabis and schizophrenia, and amphetamines and psychotic disorders.

It can be difficult to compare studies throughout Europe since different instruments were used for clinical assessment but research has reported a trend of increasing dual diagnosis throughout the area. Although the report outlined much of what is known about dual diagnosis in Europe, it also highlighted some of the limitations in the ability to study the problem and the need for further research and development. The EMCDDA hopes to stimulate the accumulation of knowledge and comparability of information about dual diagnosis so that policymakers can accommodate for this growing problem.