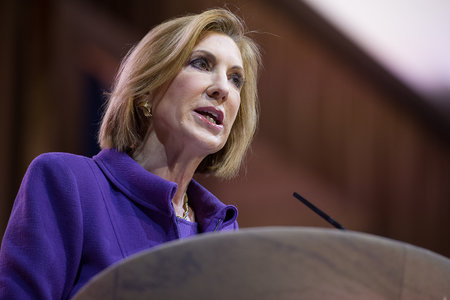 Republican presidential candidate Carly Fiorina has been vocal about her stance on drug treatment, revealing very personal reasons for her issues with drugs and how they are handled in this country. Fiorina brought up the topic during the second GOP debate in which she stated that she had “buried a child to drug addiction.” Fiorina also said that her experience with drugs and addiction made her stand out from the other candidates because it was a topic of personal importance to her.

She believes that drug addiction is an epidemic in the United States and that the government must invest more in the treatment of drugs. Fiorina also called for criminal justice reform stating that the US has the highest incarceration rates in the world with two thirds of the people in prison there for minor, non-violent drug offenses. The candidate hopes to educate youth on the dangers of drug addiction to prevent the kind of tragedy that happened in her family.

Fiorina’s Experience with Prescription Drug Abuse
Carly Fiorina’s stepdaughter, Lori Ann passed away in 2009 after a battle with addiction to prescription drugs and alcohol. She was only 34 at the time and had struggled with alcohol and drug abuse for years, entering rehab three times. Lori Ann worked in pharmaceutical drugs and abused the prescription medication she worked with, developing a severe addiction.

Carly Fiorina also spoke about Lori’s death in her book, “Rising to the Challenge” which was released in May. The specific details of her death remain a mystery to the public but Fiorina writes about the devastating moment when two police officers had to break the news to her and her husband, Frank. The news was not entirely unexpected to the couple who knew that their daughter had been battling addiction for years and even drank excessively as a college student.

After college Lori found a job and got married but her struggles with addiction only worsened as she began to use prescription drugs and even started to develop symptoms of bulimia. Fiorina says that every day after hearing the news of her death she wonders what signs she could have missed.

The Epidemic of Addiction
The republican candidate is now turning her terrible experience into a call to action for the millions of Americans who have also lost a child to drug addiction. The U.S. continues to suffer from an epidemic of addiction to prescription opioids such as hydrocodone, oxycodone, and morphine. The past few years has also seen a huge rise in heroin addiction because it is cheaper and more widely available than prescription drugs which people often become addicted to first.

The U.S. now averages 110 overdose deaths from both legal and illegal drugs every day. The number of people that pass away due to heroin addiction has quadrupled in recent years. Drug overdoses now kill more people in the country than automobile accidents every year. With the amount of people addicted to prescription drugs and losing their lives to substance abuse it is not surprising that many of the candidates take a strong stance on drugs.

Carly Fiorina, like many Americans, has experienced firsthand how drugs can affect families and people’s lives. The drug epidemic throughout the U.S. and especially the dramatic increase in the use of prescription drugs has made it clear that something more needs to be done to combat this problem. More candidates are likely to weigh in on their position in regards to lowering the level of drug abuse in the country and addressing the problem through increased treatment. Fiorina’s story may be unique for a candidate but it is not unique for the many Americans who have been through the same tragedy and the cycle of abuse that is so common in our country.