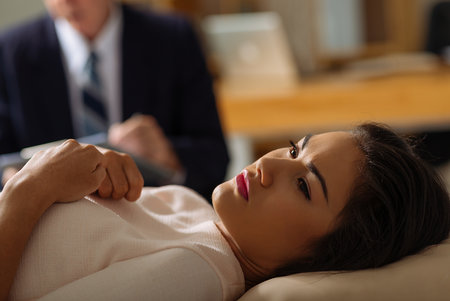 At first, someone with an addiction and someone with an eating disorder like anorexia may seem to be struggling with completely different issues. The person who is addicted to drugs or alcohol abuses the substance because they are preoccupied with a sensation. On the other hand, someone with anorexia or another eating disorder is consumed with maintaining a certain image. A substance abuse problem carries a lot of stigma in our society and often involves activity that is illegal. These are some ideas that pop up when we look at the two issues on the surface, but after delving deeper into the nature of addiction and eating disorders, one may find that they actually have a lot of things in common.

For many who are struggling with addiction, control is at the core of their condition. The same goes for a person who has an eating disorder like anorexia or bulimia. There are even those who struggle with both issues. In fact, having a drug or alcohol problem is relatively common among eating disorder sufferers. According to one study, nearly half of people with an eating disorder also have some kind of substance abuse problem at some point. This rate is five times the rate of the rest of the population. Experts believe this type of co occurring disorder is common because both addiction and eating disorders share many of the same risk factors.

Some eating disorders, like bulimia and binge eating, have been shown to be linked to a high impulsivity and an inability to control urges. This same lack of self control is also linked to substance abuse, where an individual feels powerless over their addictive urges. This general lack of control is said to commonly cause poor life choices, self destructive behavior, and an overall lowered quality of life.

Other risk factors that addiction and eating disorders often share are:
-experiencing sexual assault or abuse
-experiencing emotional abuse
-death of a loved one or other traumatic event
-stress caused by life transitions

When you couple these risk factors with a poor ability to cope with life events in a healthy way, you have a recipe for developing issues with drugs, alcohol, or eating disorders. A person with poor coping skills is simply not equipped to handle the deep emotional pain caused by these kinds of events and will look for anything to temporarily relieve the pain. The problem is that sudden relief of emotional pain almost always comes at a cost to their health and well being.

Some treatment experts believe that eating disorders and substance abuse have so much in common that they can be treated in similar ways. One study based on this theory used a drug called Naltrexone that is commonly used to help patients overcome heroin addiction, to treat patients with eating disorders. The patients who took the drug and attended regular psychotherapy sessions responded well to the treatment, and were able to curb their eating disorders over the course of six weeks.

Experts believe that the drug treatment combined with traditional therapy worked well on the eating disorder patients because they are also caught in an addiction cycle. Their addiction to dieting, binging, or self starvation releases opioids in the brain to create a “high” feeling similar to the feelings experienced by addicts. The Naltrexone worked for the eating disorder patients in that it blocked opioid receptor sites in the brain.