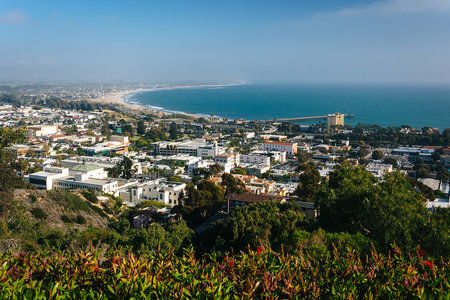 The state of California has a long and distinguished history of being an important place for healing, accommodating those with a variety of disabilities and illnesses. In 1880, the town of Los Angeles had a population of 11,000. That quickly swelled to over 100,000, largely due to clinics that popped up to treat tuberculosis and other illnesses, boosted by the warm weather and claims of the Pacific’s “healing powers.”

That legacy continues today as the state is home to a large number of treatment centers, sober living houses, and other resources for people seeking to rebuild lives destroyed by substance abuse. The website Recovery.org lists 1,457 addiction treatment centers in the state, more than any other state in the country.

However, a series of new proposed state laws may put some of that in jeopardy. Some people sharing a neighborhood with these treatment centers have expressed concerns about safety and quality of life, but a rash response to these critiques could deprive addicts of these vital resources.

AB 2403 would prohibit the new construction of any rehab center within 300 feet of another, arguing that it would constitute “overconcentration.” SB 1283 would require sober living homes to be registered with government agencies. AB 2772 would require that anyone who enters recovery because they were required to by a court must do so in a facility licensed by the state. AB 2255 puts further burdens on sober living spaces to be registered with a variety of agencies and organizations. In short, all these bills can dramatically increase the power of a local community to shut down recovery facilities in residential neighborhoods.

The recovery community is critical and afraid that these laws and regulations could be used to shut down existing facilities, at the very moment where drug use and deaths from overdosing is increasing to never-before-seen levels. A report on these laws from the recovery-centered news website The Fix suggests that these bills, proposed in the name of safety, are really a product of politicians from affluent communities such as Malibu and Bel Air, working to get rid of the recovery resources in their neighborhood.

Harry Nelson, a lawyer working with healthcare providers argues these bills are “draconian,” and “will dial us back to pre-1988 when cities had a much freer hand to just shut out treatment.” Cassidy Collins, the founder of the Los-Angeles based 1 Method Center, suggests that these laws could endanger as many as 95 percent of the recovery centers in the state. This fact is particularly disconcerting in light of statistics from the 2014 National Survey on Drug Use and Health, a report by SAMHSA, that shows that as many as 90 percent of the people in need of addiction treatment do not receive it.

Answering NIBY-ism and Safety Concerns:
These bills reflect a NIBY (Not in my backyard) mentality seen in some wealthy communities that are hostile to sharing space with people in recovery. There is some concern expressed by these bills’ proponents that sober living centers and rehab facilities can be detrimental for the safety of a community.

For example, a fact sheet on AB 2255 prepared by Assembly Member Melissa Melendez, a Republican from the 67th District (western Riverside County), quotes a Ro Sharpnack, the Police Chief of Costa Mesa, suggesting that a high concentration of rehab centers and sober living facilities led to a 33% increase in crime in the city, caused directly by relapsing addicts.

The truth is, that a plethora of well-run and accessible resources for recovery can actually benefit a community profoundly. A report by John Hopkins University doctors examining crime rates in Baltimore, which was published in a 2016 Journal of Studies on Alcohol and Drugs, found that close proximity to drug treatment centers reduced violent crime and that close proximity to liquor stores raised it. These rehab centers perform a valuable, life-saving service to those who take advantage of them. The benefits extend not only to the individuals themselves but to their communities as a whole, as people formerly enslaved to addiction are able to turn into productive members of society.

What You Can Do:
If you have experienced a direct benefit from a recovery service in the state, you can make your concerns about this pending legislation known to your Assemblymember. You can go to www.assembly.ca.gov to contact your legislator. If you don’t know your representative’s name, go to findyourrep.legislature.ca.gov to know who he or she is. Each representative has a personal webpage by which you can contact them. Express your appreciation for a robust set of recovery resources in the state, and explaining how devastating it would be if they were lost.