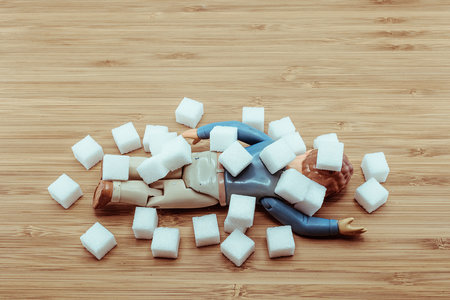 Eating disorders and obesity aren’t normally seen as issues that are linked, but these two seemingly different problems have many similarities. Eating disorders such as bulimia, anorexia, and others can often overlap throughout the course of a person’s life. This is because a person can move from having a disorder to unhealthy eating and weight gain, and back again. It is also possible for an individual to suffer from more than one eating disorder at any given time.

All types of eating disorders and obesity can be classified as problems related to weight. The severity of any disorder, as well as obesity, can vary throughout a person’s life. This is what makes it so important for health care professionals, counselors, and others to understand how the disorders work and how they can be related, so that they don’t cause one disorder while trying to prevent another one.

A big factor that eating disorders and obesity have in common is the presence of body dissatisfaction. Individuals with eating disorders will feel unsatisfied with the way they look and go to extreme measures, such as starvation, purging, or using laxatives and diet pills, to lose large amounts of weight.

These kinds of practices not only put a person at a high risk for developing health issues, but they also increase the risk of obesity. There is also an increased risk of developing emotional problems like depression, anxiety, and OCD.

Studies done on the risks associated with developing eating disorders show that individuals who are overweight are more likely to diet, feel unsatisfied with their bodies, and develop an eating disorder than those who are of average weight.

Binge eating in particular is very common among individuals who are overweight or obese. Many who binge eat will then purge out of feelings of shame and fear of gaining weight. Studies have found that almost half of obese individuals enrolled in weight loss programs have reported that they’ve engaging in binge eating and purging behaviors.

The emotional repercussions of this behavior is also very serious. Feelings of intense shame, loneliness, low self worth, and depression are common. Oftentimes, experiencing these types of feelings lead to binge eating and bulimia. The result is a deadly cycle that is difficult to break.

Environmental factors also play a big role in the development of eating disorders in people who are overweight or obese. On one hand, we have a constant barrage of images from the media that glorify thinness and stigmatize being fat. At the same time, high calorie and high fat foods are widely available and are often the most affordable food items. There are also few opportunities for physical activities as people spend more time stationary in front of a screen both at work and at home.

Many communities do not even have pedestrian friendly streets for people who have the desire to go out and be active. It’s important for an individual with a history of obesity and eating disorders to receive treatment that takes all their issues into consideration. The health risks associated with both are quite serious and can even become life threatening. Behaviors such as binging, purging, using diet pills or laxatives, and extreme dieting are all more likely to go unnoticed by parents, teachers, and peers.