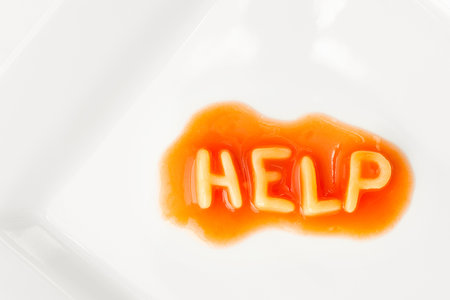 Binge eating and compulsive overeating are both types of eating disorders that involve an obsession with food, and uncontrollable impulses to overeat. It’s very common for individuals suffering from these disorders to also have mental issues such as depression, low self esteem, or anxiety. Substance abuse problems are also very common among binge eaters.

Taking a closer look at binge eating and compulsive overeating.

So what is binge eating exactly? It can be defined as an eating disorder that has its roots in feelings of low self worth, shame, and control issues. Binge eaters will find themselves regularly losing control over the amounts of food they eat.

Unlike bulimics, binge eaters will not use self induced vomiting or laxatives to purge themselves after binging. As a result, many will experience weight gain depending on their own patterns of overeating.

Binge eating typically begins with unhealthy relationships with food or eating habits as a child. A parent or other caretaker may have misused food to comfort the child in times of distress and unknowingly created a reliance on it in times of need.

As an adult, a binge eater will turn to food when they are feeling stress, anger, fear, sadness, or boredom. Eating becomes a form of self medication in times of extreme emotions. It may seem like a solution at first, but eating soon leads to even worse feelings of shame and of having no self control.

Symptoms of binge eating include:

-Having episodes of binge eating 2 or more times a week.
-Experiencing feelings of disgust, shame, or embarrassment after eating.
-Overeating when you know you’re not hungry.
-Eating large quantities of food in very little time.

Some signs of a problem with compulsive overeating include:

It is estimated that individuals that suffer from eating disorder like binge eating and compulsive eating are 5 times more likely than an average person to develop a substance abuse problem. A drug addict is 11 times more likely to have an eating disorder, especially if they do not properly address their issues in recovery. Both binge eater and addicts go through similar changes in their brain chemistry that affect the reward center. There are also similar social and psychological factors are at the root of addiction and binge eating. These include:

-A history of depression
-Anxiety
-Low self esteem
-Sexual, physical or emotional abuse during childhood or early adult years.
-A dysfunctional family background.
-Poor coping ability
-Low self worth

It’s important to seek help for binge eating or compulsive overeating if you’re in recovery for a substance abuse problem. A rehab that offers treatment for both will be the most effective strategy for overcoming these issues. Addiction can continue to crop up in an individual’s life if its underlying causes are never addressed.