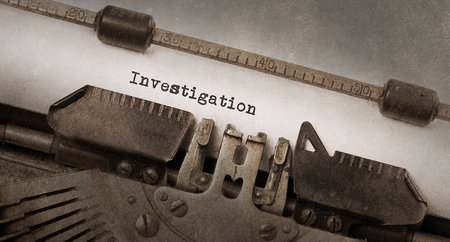 For thousands of years, human beings have recognized that the opium poppy plant contains both a powerful painkiller with great medical potential, and a highly addictive drug that can be very dangerous if misused. Many variations of the drug have been created, showing some medical promise at first, but also dangerous to the user who grows dependent. In contemporary U.S. society, this ancient dilemma has created a very new epidemic. According to data provided by the Substance Abuse and Mental Health Services Administration, deaths caused by prescription overdose have quadrupled between 1999 and 2013, while heroin use has increased by 63% between 2002 and 2013.

Sam Quinones is a journalist writing for Los Angeles Times noted for extensive reporting on issues related to Mexico and Mexican immigration to the U.S. In his book published in 2015, Dreamland: The True Tale of America’s Opiate Epidemic, Sam Quinones draws attention to the variety of factors that have contributed to this current crisis, and offer some hopeful stories of a way to recovery.

Opioids are a class of depressant, pain-numbing drugs that exist in a wide-variety of forms, some of which are legally available with a prescription, and others that are not. Dreamland focuses on the increasing availability of two of these substances that have had a powerful and destructive influence over the past two decades, the prescription painkiller Oxycontin and the street drug heroin, particularly in its more potent, black-tar form. On a molecular level, these two drugs are very similar, and socially increasing availability of one paved the way for the other. In his book, Sam Quinones weaves the increasing influence of these similar substances together, to demonstrate how both widened their influence in American society, with devastating consequences on people’s lives.

Traditionally, doctors were trained to prescribe opioid painkillers very conservatively as a last resort, doing everything possible to avoid dependency. However, new approaches to pain management that took patient’s complaints of pain more seriously, coupled with aggressive sales techniques from pharmaceutical companies led many doctors to become more receptive to looking to Oxycontin and other opioid painkillers to deal with smaller pain issues. This was alongside less honest doctors who opened so-called “pill mills” that unethically dispensed these drugs to everyone, creating many cases of illicit use and addiction.

Quinones also focused on the small, rural municipality of Xalisco, Mexico, where many people otherwise in situations of extreme poverty created new and highly efficient methods of smuggling and delivering small quantities of black tar heroin. They created whole new markets for the very addictive and dangerous drug in cities where it had never been found before. However, the market the “Xalisco boys” discovered might not have been receptive to heroin without a large group of people already addicted to opiates from careless use of prescription drugs.

The complex story Quinones weaves could easily become an overwhelming tragic one. Economic collapse and desperation alongside untreated and unresolved dis-ease, and a medical field too comfortable with easy answers has devastated many people’s lives, both users and the larger society around them. However, Dreamland shows glimmers of resiliency and recovery in spite of these tremendous challenges. The book tells the story of how slowly, the truth got out and people began to see hope for recovery. When parents who had a lost a child to overdosing stopping trying to hide their “shameful” secret, truths began to be talked about more openly. This coming out of hiding allowed people to get help and support, and was an important first step towards recovery.