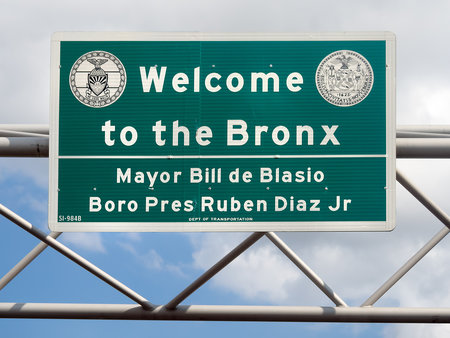 With his multiyear, extensive project “Faces of Addiction,” photographer Chris Arnade shows us images and tells us the stories of people struggling with addiction in the Hunt’s Point neighborhood, an area of the Bronx with a population of fifty thousand. Hunt’s Point is noted for high crime, poverty, drug use and prostitution. Through photographing these people and putting the images alongside their stories, Arnade forces us to look at them as human beings, imbuing them with a dignity society rarely gives them. Currently, he is expanding his project to encompass both active users and people in recovery from all over the country.

Chris Arnade was a trader on Wall Street, getting more and more disillusioned with his profession. In 2006, he started traveling around New York, trying to get a sense of the people and communities outside the wealthy enclaves of Wall Street, eventually landing in Hunt’s Point because he was told not to go there. He became drawn to that community, and started meeting people, discovering his camera could be a way to meet people and find new ways of presenting them.

Speaking to NPR, Chris explained how he met Takeesha, a prostitute who had lived through harrowing circumstances. He was deeply moved “how rough her story was, and how honest she was doing with her life now.” She has been on the streets since she was 13, after being raped by a relative at 11. She told Chris she wanted to be described as “who I am: a prostitute, a mother of six, and a child of God.”

When meeting subjects, he speaks honestly about what he does, and asks for permission to photograph and display their story. He strives to truly get to know people, and present them honestly, taking the time to get to know the people our society often discards, ignores, or looks at only as objects of pity. When he was traveling between the worlds of Wall Street and Hunt’s Point, he came to a realization that “there really is no difference between these people and the people I worked with.” He began to see how hard circumstances and poverty affected people’s choices, but how everyone was just seeking to live life on their terms. Each subject receives their own printed portrait, and he often stays in the people’s lives, as a relationship is formed out of taking the time to listen.

This approach has a dramatic effect on the way in which his pictures are taken. Chris explains how the images the media typically shows of prostitutes, gang members, the homeless and drug addicts can be othering and dehumanizing, and this deeply frustrates him. Speaking to the art blog “The Image Deconstructed,” he explains that he takes pictures with faces fully lit and facing the camera, what he calls “conventional photos of unconventional people.”

When asked what he wants his photographs to accomplish, he says “I want people to look at the picture…just to stare, and then read the person’s story, and look at them as just another human being.” He doesn’t come into relationships with anyone looking to “save” them, but only wants to know and tell their story and present them as full human beings. However, over the course of getting to know them, he has helped people get back home or into rehab. Overall though, he strives to get to know people fully, on their terms. Through his striking photographs and space for the subject to tell her or his own story, he shows us how people struggling with addiction can be understood first and foremost as people, not really different from ourselves.

His work with “Faces of Addiction” can be seen here.