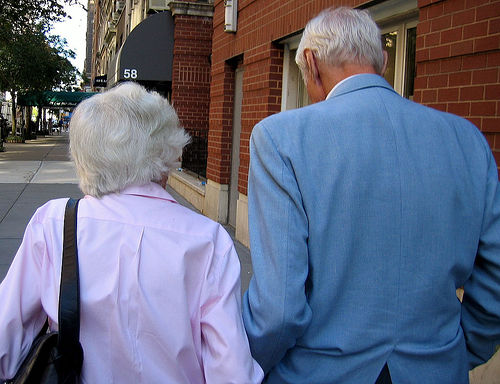 Many people working to combat drug addiction tend to focus their efforts on teenagers and young adults, because that is a central time when many people experiment with substance abuse and develop addiction. However, recent stories and statistics are showing a startling number of retirees and people over 50 are also struggling with addiction, becoming victim to an approaching tidal wave of people developing addiction later in life. It is vitally important that people seek to understand this emerging epidemic among this age group, and modify our drug treatment programs to meet their specialized needs and concerns.

According to a report by the Substance Abuse and Mental Health Services Administration (SAMHSA), the percentage of adults ages 50-59 who abuse drugs has jumped from 2.7 in 2002 to 5.8 in 2010. This means that more than 4.3 million adults over the age of 50 had used an illicit drug each year. If current rates continue to expand, SAMHSA estimates that treatment centers for addiction will have to double by 2020, to meet the needs of five million elderly addicts.

In the U.S., the Baby Boomer generation was sometimes characterized by a far more tolerant and experimental attitude to drug use. As this generation ages, this trait has carried over into an often casual attitude to using painkillers to respond to the physical and emotional stresses of aging. In addiction, many doctors prescribe addictive medication far too liberally, especially strong painkillers and sleeping medications. In 2001, the Joint Commission expanded its assessment for who should receive opioid painkillers, greatly expanding the people who could receive those drugs, and allowing drug companies to market directly to consumers. This meant that this class of highly addictive and dangerous drugs was being taken by many more people then before, leading to what is now an epidemic of addiction and misuse.

Lower metabolisms and health problems such as high blood pressure, diabetes, or mood disorders make older adults are more vulnerable to being harmed by drugs and alcohol. In addition, for many elderly, withdraw is a more painful and dangerous process, with more sleep disturbances, malnutrition, and sickness during early recovery. One common misconception is that older people are going to have such a hard time kicking their addiction that it’s better to simply keep prescribing the medication. This sometimes leads doctors to fail to provide addicted patients with the treatment they need.

Many elderly people struggle with loneliness and isolation, as they don’t feel connected with friends and family, or are afraid that people won’t take care of them. This can create a sense of depression and boredom that can lead to increased substance abuse. It can also make it easier for addictive behavior to go unchecked, as people’s behavior isn’t being monitored by caring loved ones.

According to Carol Colleran, who pioneered addiction treatment for the elderly at the Hanley Center in Palm Beach, Florida, many elderly people struggle with deep sense of shame about their addiction, growing up in a time when “the town drunk” was a source of embarrassment and judgmental attitudes. This entrenched sense of shame keeps people from seeking help when they need it.

Another obstacle to recovery is the affordability of treatment programs. Worryingly, Medicare does not pay for many forms of addiction treatment, because they are run independently of large hospitals. This deprives many people of the treatment they need.

For the elderly person in your life, look for signs of addiction, such as memory loss, isolation, declining hygiene, or malnutrition. Many people mistakenly chalk these up to inevitable consequences of getting older, but it could represent more serious problems.

To deal with this emerging issue, many recovery centers are launching special programs to focus more specifically on the needs of the elderly. Different energy levels and special concerns related to growing older mean that many elderly addicts will receive better care in a recovery program specialized for their needs. Although the problem of addiction may seem huge, hope is possible, at any age.