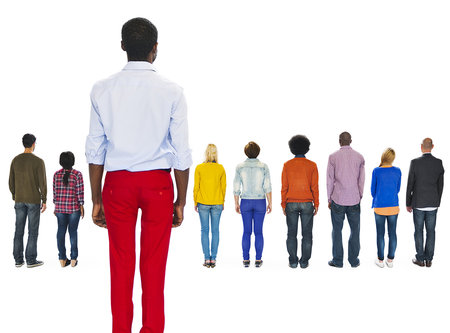 Antisocial behavior can be defined as behaviors that don’t conform to social norms, and that include thoughts, actions, and relationships that are destructive. Those who have antisocial behavior patterns will act with little regard for the feelings of others or what kind of consequences their actions will have on others.

They may also behave aggressively or even violently, and often abuse drugs or alcohol. Because of this, they will have difficulty maintaining relationships, holding down a job, and will get into trouble with the law. Other traits associated with antisocial behavior include:

-An inability to follow rules or obey laws.
-Frequently manipulating others in order to have their needs met or simply for enjoyment.
-Behaving impulsively to the point where they put their own safety and the safety of others into jeopardy.
-Behaving cruelly to children, animals, or others who are less powerful.
-An arrogant attitude
-A lack of respect for authority figures in their lives.
-An overall disruptive and insensitive attitude toward others.

Drug and alcohol abuse almost always go hand in hand with antisocial behavior. An individual will use drugs or alcohol at inappropriate times, such as at school or at work. Binge drinking is also very common and will only exacerbate unruly behavior. There are some theories stating that antisocial individuals drink or use drugs as a way to seek attention, disrupt the order of everyday life, and show a general lack of concern for themselves and others.

Substance abuse becomes part of an overall tendency toward criminal behavior. Abusing drugs or alcohol also makes the antisocial person engage in forms of criminal activity such as theft, assault, or driving under the influence.

When addiction to drugs or alcohol occurs along with antisocial personality disorder, the results can be quite destructive. Abusing drugs or alcohol only magnifies the traits of the disorder, and can lead to more problems with finances, relationships, and the law.

It is very easy for a person to get up in a destructive cycle of substance abuse and antisocial behaviors and spiral out of control. The only way to escape the deadly cycle is by making a conscious decision to quit drugs or alcohol, and also get help for the mental disorder.

Unfortunately, antisocial behavior patterns can have negative consequences when a person enters rehab for substance abuse. Because the person will lack respect and consideration for others, they may disrupt the progress of others in rehab and put their own recovery in jeopardy as well.

Bullying or harassing others is quite common, as well as frequent questioning of therapists, counselors, or other authority figures. They may also have difficulty attending group sessions, disobey orders, or even behave aggressively. Many rehab centers will not even admit individuals with antisocial personality disorder, making the chances of receiving treatment more difficult.

Treating an antisocial personality disorder is challenging, but it can be done. Some statistics have shown that treatment has been more effective for those who have court mandated treatment because the majority of those who are antisocial do not seek help themselves. Antisocial individuals do not respond well to the suggestions of friends or family either.

Treatment for the disorder, along with substance abuse treatment, should include medication and specialized therapy that focuses on understanding the repercussions of actions on others. Some therapists will even use cognitive behavioral therapy. It’s important to treat both the addiction and any accompanying mental disorders in order for a person to have the opportunity to fully recover.