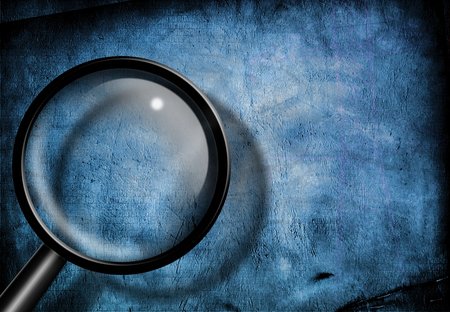 Public knowledge of mental health issues is a serious issue that can have consequences on how a community treats disorders and those who have them. Myths about mental disorders need to be dismantled in order to increase awareness and help reduce discrimination against those who suffer from them. One of the most widely misunderstood disorders is anorexia, which affects 5% of women in the U.S. and has the highest mortality rate of any mental disorder.

The myths get in the way of prevention of the disorder, identification of its symptoms, and the availability of treatment for those who need it the most. Let’s take a look at some of the most common myths about anorexia out there, and what the truth is about each of them.

The truth is that anorexia is a deadly disorder that involves a serious disruption of a person’s eating practices and attitudes toward food in general. Their behavior has become extremely harmful toward themselves and creates a great risk to their health. Their thoughts and emotions will only reinforce their behavior and make it extremely difficult to break out of the cycle.

Anorexia doesn’t develop as the result of a choice or a person’s vanity – it is the result of a combination of genetic and psychological factors that interact with a person’s environmental triggers to produce the disorder. Some people will develop anorexia because of a poor sense of body image, while others do so because of the pressure to achieve an unrealistic body ideal. Others may develop anorexia because of being in an environment where they were constantly criticized or ridiculed about their appearance.

Myth #2 – Anorexia is just a part of normal dieting behavior.
Many people are confused about where to draw the line between a healthy attempt at dieting and an eating disorder. Fasting, excessive exercise, or severely restricting food intake are not normal dieting practices – they are eating disorder behaviors. For many adolescent girls, this type of behavior, along with a preoccupation with losing weight and staying thin, is widespread among friends and peers. But that doesn’t make it acceptable. There are other ways to lose weight that don’t involve such extreme practices and that don’t endanger one’s health. Learning to differentiate between the two is an important part of dispelling this myth.

Myth #3 – Anorexia is simply an adolescent phase, or a cry for attention.
Almost 50% of teenagers believe that anorexia is a phase that a person will outgrow and that isn’t very serious. Many adolescents believe anorexia is an attempt to gain attention. And unfortunately, many health professionals will also approach an individual seeking treatment for anorexia with this same dismissive attitude.

The truth is anorexics will go to great lengths to hide their behaviors and rituals surrounding food. They will also deny their behavior if confronted about it. Anorexia is a serious mental disorder that should never be ignored or dismissed. Delaying treatment can have serious consequences to a person’s physical and mental health, and can even be deadly.

Myth #4 – Only white, middle class teenage girls are anorexic.
It’s actually true that most cases of anorexia develop during adolescent years. Women are also at a higher risk of developing the disorder, which contributes to the misconception that only women become anorexic. But the truth is that anorexia affects both men and women from various economic and cultural backgrounds. Both adults and adolescents have the disorder as well, with many cases being reported among the elderly. Other groups that run a high risk of developing the disorder include those who practice sports that require thinness, are under high levels of stress, have other mental illnesses like depression and OCD, and physical illnesses like diabetes.