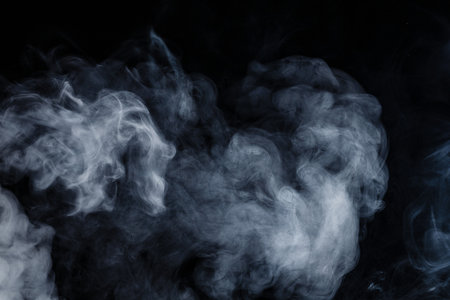 The most recent Gallup poll has produced surprising results on attitudes toward pot use among 21st century Americans of all ages and backgrounds. This latest poll shows that the number of Americans who admit to using pot is the highest ever. 44% of Americans today say they have tried marijuana, compared to only 4% in the first Gallup poll conducted in 1969. The first sharp increase in the poll occurred in 1985, when 33% of the people polled said they have indeed tried marijuana. After that year, the percentage of Americans replying with a “yes” to the question only continued to steadily increase.

The Gallup poll was conducted via telephone interviews among about 1,000 adults in the 18 and over age range. The individuals were polled between July 8 – 12, and came from all 50 states.

Other interesting findings from the poll included a connection to socioeconomic status and marijuana use. The poll revealed that 14% of those earning $30,000 a year or less admitted to using marijuana, while only 7% of those earning $75,000 or more per year said they have smoked pot.

When it comes to gender, men continue to be the majority of those who admit to using pot, with 50% of the men polled saying they have tried it at least once. Women are catching up though, with 35% saying they have used marijuana. The older participants in the poll, specifically those between ages 30 and 64, had a higher number of pot users with 50% giving a positive response. In comparison, 37% of participants under the age of 30 said they have tried marijuana at least once.

Overall, there has been a jump in people who admit they have tried marijuana and who say they continue to use it on a regular basis. The previous poll done in 2013 had only 7% of participants saying they continue to use pot, while the July 2015 poll had 11% giving a “yes” response to the same question.

Gallup says that these increased numbers of individuals saying that they have indeed tried marijuana in the past may have a lot to do with the increased support for legalisation of pot happening across the United States. Several other polls done in the last year show that Americans are increasingly in favor of legalising marijuana use.

A poll done in March 2015 by The General Social Survey reported that 52% of all Americans supported legalisation, while a CBS News poll done the following month came up with similar results – their poll revealed that 53% of Americans were comfortable with the legalisation of pot. A similar poll done by Fox News said that 51% of the Americans they polled also supported making marijuana legal to use.

Are attitudes toward marijuana use changing in America? It definitely seems that way according these polls and also legislation in recent years. Now that medical marijuana use is legal in 20 states and 4 states have approved recreational marijuana use, it seems a lot of the old stigma attached to the drug is disappearing. It should be interesting to see the results of future polls by Gallup and other organizations. As legalisation of medical marijuana spreads to other states, the attitudes of Americans in those states and across the country will surely be affected.