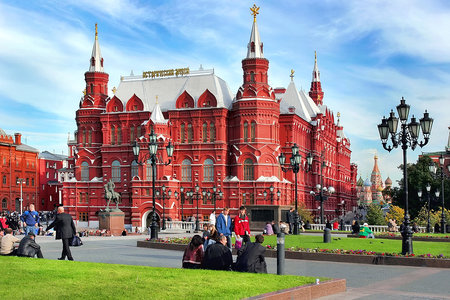 The economic crisis facing Russians is forcing drinkers to use cheaper and more dangerous alternatives.

A wave of layoffs, wage cuts, and rising costs is having an unexpected impact on Russians facing an economic crisis. Alcoholism has long been a public health issue in the country and now with added strain being created by the economy, that issue has begun to take an even deadlier turn.

Russian drinkers who can no longer afford to buy vodka, beer, and other alcoholic drinks are searching for cheaper alternatives. These alternatives include potent moonshine, medical products, and even cleaning products that contain alcohol. The result is that more Russians are ending up in the hospital or worse yet, meeting with a fatal end.

Alcohol treatment facilities have recently experienced an influx of patients with severe alcohol symptoms, including epilepsy and delirium tremens. Both are serious symptoms of alcohol withdrawal. Traditionally, alcohol treatment centers located near major towns and cities would treat patients with alcohol addictions that involved mostly vodka. Now they are seeing these vodka drinkers turning to cheaper and more dangerous alternatives.

These are the people who could previously afford to buy pricey alcoholic spirits. Alcohol treatment centers in rural areas are seeing even more cases involving consumption of cleaning and medical products that have a profoundly damaging effect on a person’s health.

Another result of the economic situation in Russia is that sales of vodka and beer have dropped dramatically. This is due to both the rising costs of alcoholic products and the lowered wages of Russian drinkers. What makes the situation a concern is that while sales of alcohol have the dropped, the demand for alcohol has stayed the same. This is what is also forcing drinkers to go to the black market for alternatives.

One of the alternatives includes vodka made by workers at big distilleries and sold under the table for their own profit. These vodka sales are illegal but the consumption of it is fairly safe for buyers. Other alternatives are coming from amateur distillers who make their own moonshine from industrial materials. These concoctions can be dangerous or even fatal when consumed. The industrial products used contain chemicals designed for hair growth or heavy duty cleaning, and have dangerous effects on the body when consumed.

Another factor contributing to the rise of black market alcohol alternatives is due to the Russian government’s recent attempts at fighting alcoholism. One of these was to declare a minimum price for Vodka, the country’s most popular alcoholic spirit. That minimum price of 185 rubles per half liter of vodka is much too high for the average Russian citizen who is already earning very little in wages. The minimum price declared for all vodka in Russia created a 29 percent rise in 2014. In 2015, President Putin slashed the minimum price by 16 percent in an effort to fight black market operations, but so far it has had little effect.

Today, black market sales of alcohol alternatives continues to thrive, with half of all Russian alcohol sales being done illegally. The continuing recession is expected to only continue to exacerbate the problem.

Russia has always been a country of heavy drinkers, according to the World Health Organization. Previous leaders have tried unsuccessfully to put restrictions on vodka sales and prices. The production of moonshine has traditionally been a widespread practice in the country and is actually legal. These moonshine distilleries use old recipes that are not necessarily dangerous for drinkers. Many illegal distillers using industrial and medical products try to use the guise of being a traditional moonshine producer in order to pass off their product to prospective buyers.