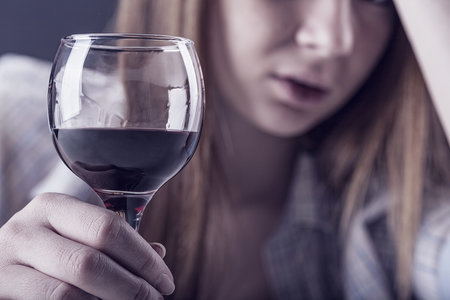 The period of time between being a full blown alcoholic and realizing we have a problem and need help, can be a difficult one. This is the time when we are fully in denial and it can last from several months to many years.

During this period, we may know deep down that we have a drinking problem but will look for any kind of excuse we can. There may be several short lived attempts at trying to stop drinking, relationship problems, health problems, dangerous behavior followed by shame and regret, and even getting in trouble with the law.

As these incidents begin to mount, we hopefully get closer and closer to the truth: that the only way out of this downward spiral is to admit we have a drinking problem and need help. Becoming more aware of the ways alcoholics deny they have a problem is a good way to start questioning your own behavior. Here are a few of the most common ways an alcoholic denies they have a drinking problem.

1. Telling yourself you’ll only have a couple of drinks.
How many of us have started a night out by telling ourselves we have control over how much we drink? This is usually how we make the excuse to start drinking in the first place and it almost never ends well.

You may know deep down that drinking is a bad idea but will justify it by telling yourself you’ll only limit it to one or two drinks. Unfortunately for most alcoholics it’s hard to stop and you’ll find yourself making more excuses to continue drinking as the night wears on.

2. Staying home.
Staying away from a bar or the party you were invited to is another half attempt at trying to drink less. Staying home may seem like a safe way to ward off the temptation to drink, but all too often we become restless at home and end up drinking anyway. There may be booze in the house already or a liquor store may be a short distance away.

3. Eating a full meal before drinking.
Eating a good meal before consuming alcohol does make it harder to become intoxicated. But for an alcoholic, this tactic rarely works. You’ll simply find yourself drinking even more to reach the your usual level of intoxication.

4. Telling yourself you can stop anytime.
There may have been a period of a few weeks or a month in the past where you took a break from drinking. Reminding yourself of this as proof that you can stop drinking whenever you feel like it is really just another form of denial. The truth is that you’ve always gone back to drinking after these sober periods because you actually can’t stop.

5. I’ll quit drinking if things get out of control.
We convince ourselves we don’t have problem because our lives are relatively normal. Someone with a steady job, a marriage or relationship, and lots of friends can’t possibly be an alcoholic, right? Actually most alcoholics are still able to function in most areas of their lives. Telling yourself that you’ll quit only when something catastrophic happens is only another way to put off getting help.

6. I know an alcoholic, and he/she is nothing like me.
Comparing yourself to a person with a more obvious drinking problem is simply another form of denial. Alcoholism takes many forms, depending on a person’s life circumstances, the severity of their disease, and history of drinking.