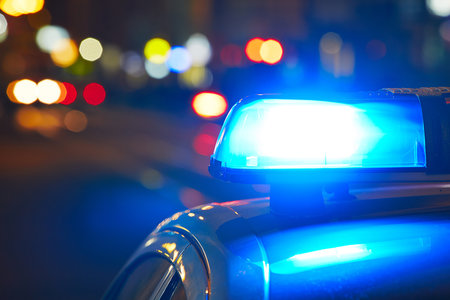 A recent study in Canada proved that the level of crime connected to alcohol consumption can be directly impacted by the minimum cost of alcohol. As authorities in British Columbia increased the price of alcohol there was a dramatic fall in the amount of drinking-related crime in the area including murders, sexual assaults and drink-driving.

This study adds to an already growing body of evidence that says alcohol-pricing policies can be used as highly effective tools in reducing the harm that alcohol causes on society in terms of crime. Previous evidence also proved that minimum alcohol-pricing served to reduce rates of death due to alcohol in Canada.

The new data will hopefully encourage officials in other countries to raise the price of the cheapest alcohol and reduce the enormous cost of alcohol-related crime.

Minimum Pricing and Falling Crime Rates
In the Canadian province of British Columbia, officials increased the price of alcohol by 10 percent over the course of nine years. During that time crimes perpetrated against people including violent assaults fell by 9.17% and motoring offenses linked to alcohol such as killing or injuring someone with a vehicle fell by 18.8%.

These promising findings are part of the latest evidence that introducing a minimum price yields major benefits. The policy was first championed but later abandoned by David Cameron, the United Kingdom Prime Minister.

In previous studies the policy has proven to cut alcohol-related hospital admissions, save lives and reduce consumption. The research behind the newest study in British Columbia was published in the Journal of Studies on Alcohol and Drugs and detailed the direct correlation between crime and the price of alcohol.

The large reduction in two types of alcohol-related crimes occurred between 2002 and 2010 after the government of British Columbia put up the “floor price” (or legal minimum it can be sold for) of alcohol by 10 percent.

Changing Policies to Reduce Alcohol Harm
Through the research provided by this study, strong associations were observed between the values of minimum alcohol prices and the level of crime related to alcohol. It was led by Professor Tim Stockwell, an international expert in minimum unit pricing and the director of the Center for Addictions Research of British Columbia.

Stockwell stated that the research showed minimum pricing to be a powerful tool for reducing alcohol-related harm at both the individual and societal level. Because of all the positive evidence that has been growing regarding minimum pricing, other nations such as Northern Ireland, Scotland and Wales are also planning to introduce a similar policy.

Many countries end up spending billions of dollars a years on alcohol-related crimes and the possibility of reducing the incidence of these crimes could be greatly beneficial. In 2012 the government in the UK committed to implementing minimum pricing concluding that it would lead to 5,240 fewer crimes each year. Unfortunately, the ministers believed that there were not enough types of evidence to proceed and chose instead to ban below-cost alcohol products.

Although minimum alcohol pricing has yet to be a worldwide choice of policy, more evidence has been gathered proving its success in reducing crime. The changes made in British Columbia through raising the price of the cheapest alcohol can be a positive example of the possibilities in minimizing the negative impact that alcohol consumption has on individuals and society as a whole.

As the data shows, government officials can improve their nation’s economy and reduce the harm caused by alcohol simply by directing the price of the drug. The policy remains under consideration for many nations but others have embraced the positive changes that they can witness through implementing minimum alcohol pricing.