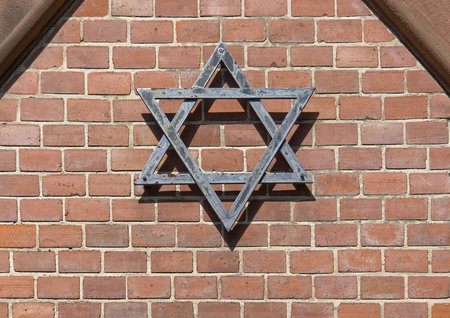 Addiction has claimed the lives of people from every ethnic and religious group imaginable. No one is immune, but there are pervasive myths and stereotypes that Jewish people do not engage in addictive behavior. There is even a popular traditional Yiddish song entitled “Shikker Iz a Goy,” or “the drunkard is a non-Jew.” These silent myths create a culture of denial around addiction, keeping its sufferers in a sense of hopelessness and shame that can prevent people from getting the help they need. The truth is that substance abuse and addiction do affect people in the Jewish community.

Dr. Jay Holder, director of the Exodus Treatment Center estimates that while Jews compose around 3% of the U.S. population, they are up to 20% of those making phone calls to drug abuse help hotlines. There is both a need for help from substance abuse and addiction in the Jewish community and unique resources within Jewish spirituality and culture to help people recover. One group that is seeking to connect those resources and need is the Los Angeles based Beit T’Shuvah (House of Returning). A unique blend of a synagogue and a treatment center for one hundred residents in early recovery, Beit T’Shuvah uses Jewish community and traditions to holistically treat the mind, body, and spirit to properly heal from addictive patterns. One expression of this is “Freedom Song,” a musical play written and featuring Beit T’Shuvah alumni about the struggle to be free from addiction.

What are you a slave to?

“Freedom Song” intertwines two parallel stories: a Seder ceremony and a 12-step meeting. In this way, it draws connections between a historical and religious event, the Passover and escape of the Hebrew people from slavery in Egypt, and the modern struggle of an addict to escape his or her personal slavery of compulsive harmful behavior. When the play begins, the Seder seems like a happy celebration, and the recovery meeting the more somber encounter with brokenness. However, as the play unfolds, we discover both settings are spaces affected by addiction, one by denial and the other by an honest look at the truth.

The eight-year-old script is constantly being rewritten by a rotating cast of performers, each of whom reveals their personal story of addiction and recovery. Every performance is followed by a discussion with the audience, further probing these stories of addiction and recovery. In this way, it uplifts and proclaims the real stories of Jewish men and women who have gone through recovery programs. Mark Borovitz, the spiritual director of Beit T’Shuvah and himself a recovering alcoholic, calls the play an important opportunity for people to “take a look within themselves instead of pointing the finger at everyone else.” The play does not distance the alcoholic or drug addict as unusual but explores the ways all people are in need of freedom from things that enslave them. This is the all-important shift away from judging the addict as weak-willed or morally depraved, and instead, as people suffering from enslavement, a disease for which recovery is possible.

Speaking to the Jewish Standard, Rabbi Borovitz appeals to both modern treatments for recovery and ancient Jewish values when he expresses that “I’m not going to become someone I’m not,” but that each of us has an obligation to make the day-to-day decision to be the very best version of ourselves that we can be. He pointed out that traditional twelve-step programs have a success rate of around 12–15 percent, but that Beit T’Shuva has a rate of up to 60 percent, which is even higher for Freedom Song’s cast members He credits this higher rate to the opportunity to provide meaning and give people a chance to help others in a deeply gratifying way. For a disease that stems in part from a sense of low self-worth, liberation comes from connecting with and learning to help others.