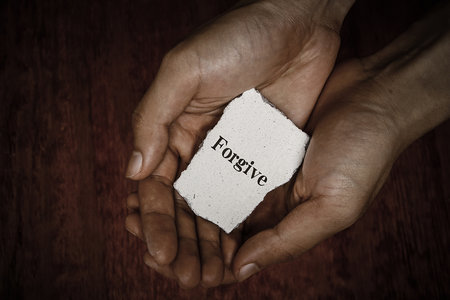 For people in recovery, the idea of forgiveness is something they must learn to embrace in order to grow as a person and move forward with their goals of sobriety. Forgiveness is important to practice is many different situations, forgiving yourself and others in order to let go of the type of bitterness and negativity that is detrimental to recovery.

There is a saying that resentment is like drinking poison and hoping it will kill your enemies. Holding grudges or being unable to forgive people for actions in the past will only hurt you in the end and prevent you from living a happier life.

In order to be successful in recovery, an addict must forgive themselves for their mistakes and anyone in their life that they feel has wronged them. Taking steps towards complete forgiveness can clear out any emotional debris that could hold them back in their recovery work.

Letting Go of Grudges and Resentment
What is forgiveness and how do you know you have truly forgiven someone? One way of defining forgiveness is to say that it occurs only when people cease to feel anger or resentment toward an offender. When feelings of anger subside and they are no longer seeking retribution or punishment for the wrongdoer it means they have been able to forgive them.

The process can be cathartic and healing for an individual that has been holding on to years of resentment. Holding a grudge only hurts you in the end because bitterness negatively impacts your life and very seldom affects the other person at all. Forgiveness then is more about improving your own state of mind than helping the offender have a second chance.

Letting go of grudges and harmful emotions that weigh you down is crucial to remaining sober. Negative thoughts and emotions including anger and resentment can be major triggers leading people to relapse. Having a habit of forgiveness can keep you free from the bitterness and anger that can cause problems in the future.

Self-forgiveness and Guilt
Another important way to succeed in recovery is to practice self-forgiveness as much as possible. Addicts can carry a lot of guilt with them about things they have done in the past and have strong anger that is directed at themselves rather than others. Low self-esteem can often be at the root of these problems and can hold people back from feeling worthy of forgiveness. Focusing on improving self-worth and esteem in counseling and therapy can help people in recovery to learn how to forgive themselves.

Forgiving others first can also help to facilitate a feeling of forgiveness so that they let go of all their anger towards others and themselves as a result. When people have high expectations of themselves it can also be harder to forgive mistakes they make or their failure to live up to their own impossible standards.

Accepting yourself as you are and allowing yourself to be less than perfect is essential to self-forgiveness and healing in recovery. Making amends and relieving yourself of guilt can be an important way to prevent relapse later on for addicts working on their sobriety.

Forgiveness is most importantly a step that addicts must take to achieve recovery but it can be beneficial in other ways as well. Being able to forgive people easily can reduce stress and illnesses related to stress. It can improve mental health and make people less likely to suffer from issues of depression or anxiety. Forgiveness can also lead to improved relationships with others because it allows you to be more open and accepting of people around you. Being able to forgive can help people develop emotional sobriety that will lend themselves to continuing their physical sobriety.