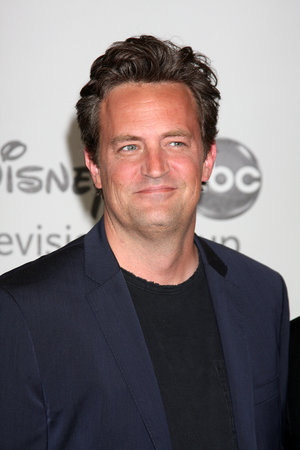 Matthew Perry is best known for his role as Chandler on the long-running TV sitcom Friends and has been noted for a long career with other notable roles in both comic and dramatic televisions series. Like many high-performing people, he has also had a history of struggles with addiction, entering rehab multiple times between 1997 and 2001 due to issues with his compulsive use of Vicodin, amphetamines, and alcohol. One of the best ways to sustain your own long-term sobriety is to help others.

Matthew Perry realizes this, and so he has worked tirelessly to encourage others in their recovery journeys. He has worked to set up a rehab center of his own, given money to groups that encouraged his recovery, and frequently told his story with honesty and clarity. Because of all his work drawing attention to issues of recovery and addiction, the prominent recovery center Phoenix House made him the 2015 recipient of their Phoenix Rising award.

Struggles with addiction
Even in the midst of a successful acting career, signs of Matthew Perry’s addiction crept up as his substance abuse interfered with his work and his life. In a 2013, interview with ABC News, he said he tried to hide his problem, but “eventually people were aware.” Reflecting on the common experience of an addict who seems successful and happy to others, but is actually trapped by a secret addiction, he told People “From an outsider’s perspective, it would seem like I had it all. It was actually a very lonely time for me because I was suffering from alcoholism.”

It got to the point that he became afraid of dying, and that was the primary driving force behind his decision to seek help to quit using. He recognizes that “getting sober is a really hard thing to do,” and pointed out that 30 years of addiction is not going to be fully “solved” in only 28 days. Despite relapses and failures in his past, he is now living a very different, free life.

Encouraging others
The next step for him was to get out of his own head and learn to help others. Speaking to The Hollywood Reporter, Matthew deflected attention off himself saying that “I should not be getting an award. Phoenix House should get an award. He wished to draw attention to the powerful work of the large rehabilitation center that is helping many addicts get their lives back.

Several times, he had advocated Congress to increase support for Drug Courts that send people to recovery programs instead of jail time, calling it “the most effective way to keep people out of jails and prisons, reduce crime, and save money,” because it truly offers people a chance at a better life. He has even opened up The Perry House, a transitional living facility for men transitioning into the real world after the recovery process. Up to seven men can live temporarily in a large house in Malibu, supporting each other in learning how to rebuild their lives.

Matthew Perry knows his story is not unique. He says, “I’ve had a lot of ups and downs in my life. I’ve learned a lot from my failures,” like other people on the recovery journey. Yet he recognizes this his celebrity status gives him a larger platform for communicating these important issues to more people. Getting sober was the hardest thing he’s ever done, and “the best thing about me is that if an alcoholic comes up to me and says ‘Can you help me stop drinking?’ I can say ‘Yes.”’