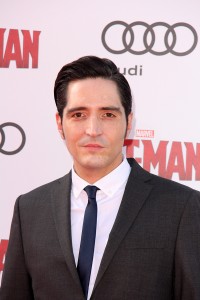 Fans of the actor, who is best known for supporting roles in films such as The Dark Knight, Prisoners, and the superhero movie Antman, may be surprised to find out that Dastmalchian struggled with drug addiction and homelessness years before finding success in Hollywood. His latest film project, called Animals, tackles some of the darker themes of addiction, love, and obsession by taking inspiration from Dastmalchian’s own life.

Now with 13 years of sobriety under his belt, Dastmalchian felt he was ready to revisit some of his experiences living on the streets as an addict in order to give the film realism. He began writing the screenplay in 2006. The gritty drama stars David Dastmalchian, who lost 50 pounds for the role, and Kim Shaw as Jude and Bobbie, a heroin addicted couple who live in a car and pull various scams in order to get the cash they need for drugs. The film isn’t based on Dastmalchian’s own life, but it uses experiences of his own, as well as the friends he met while living on the streets in Chicago, as inspiration for the many of the characters in the movie and its storyline.

Dastmalchian says writing and starring in the film has ended up being a very positive experience for him in that it allowed him to open up about his past to both himself and to audiences in a way that has been both painful and rewarding. Dastmalchian was hesitant at first to break the anonymity he had maintained for years as an ex addict, but in the end decided it would be better to open up about his past and share both the good and bad parts of his experiences.

He says the response he’s received from movie critics and the recovery community has been overwhelming positive. That positive response from the recovery community especially is what makes him glad he went ahead with the movie and sharing his story. Dastmalchian says he realizes what a complicated subject addiction is, especially when it comes to portraying it on a film.

He wants viewers to take what they want from the film and decide for themselves what sort of message it conveys. Dastmalchian says he didn’t have a clear motive in mind when he wrote the film, just that he wanted to tell a story that portrays addicts as people that deserve a chance at redemption. He wanted the emotional pain that addiction brings to be seen and felt throughout the movie.

When talking about his own addiction, Dastmalchian says there was a genetic predisposition that definitely played a part. He started experimenting with alcohol in junior high and began using drugs in high school. Drugs and alcohol gave Dastmalchian the confidence he felt he normally lacked in social situations. His partying intensified after moving to Chicago to study acting.

Dastmalchian’s introduction to heroin started out quite casually with a friend giving him a few bags of the drug while he tried to quit. Soon the young actor was snorting heroin regularly while continuing to study theater and maintaining what appeared on the surface to be a normal life. As his addiction progressed, Dastmalchian found that his life was spiraling out of control. After 5 years as an addict and a couple of hospitalizations, the actor was finally able to stay sober. He says that a dedication to recovery and a powerful desire to live a healthy life is what got him to where he is now.