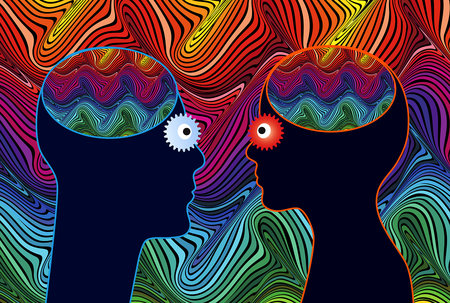 Many artists, writers, and others who make a living off of their creativity are very hesitant to quit drugs or alcohol because they are afraid it will affect their ability to produce original work. This notion of drinking and drug use fueling creativity has been widespread for quite some time. The truth is that using drugs or alcohol actually impairs a person’s creative ability, and makes it much more difficult for them to be productive.

The myth that links substance abuse to creativity may have arisen due to the fact that many creative people also have a higher susceptibility to addiction. Creative types are much more sensitive, perceptive, and able to think in unique ways than the average person.

A person who is highly creative also happens to be more likely to suffer from mood disorder. It seems that having a sensitive and creative nature also has its drawbacks. But there has never been a clearly defined link between creativity and addiction. Many of the most famous artists who were also addicts happened to produce their best works during times of sobriety, and went through serious creative lulls when their drinking or drug use was at its worst.

A link between creativity and an addictive personality.

The link between the two can be better understood by taking a closer look at the characteristics associated with addiction and having a creative nature. Some of the shared characteristics include:

-A strong tendency toward impulsive behavior. Both addicts and creative types have a higher likelihood for taking chances that other people wouldn’t. For an artist, impulsive behavior can be beneficial, but for an addict, it can do great harm.
-Placing higher value on nonconformist beliefs, behaviors, and ideas. Both artists and addicts tend to value original, and even unpopular ideas.
-Needing regular stimulation and excitement. Artists have minds that are always curious and open to new ideas and experiences, which leads them to seek frequent stimulation. An artist can easily grow bored with routine, while an addict also needs frequent excitement.
-Prone to attention seeking behavior. This characteristic has been found in both groups, and can even stimulate creativity.
-Low levels of dopamine. Studies have shown that addicts and artists share impaired dopamine functioning in the brain. -In other words, low dopamine levels cause them to experience less pleasure and as a result they have to work harder in order to feel good.

Creativity during recovery.
Even though there is no real link between creativity and using drugs and alcohol, many people new to recovery do find that they experience diminished creative abilities. This may have something to do with the fact that their brains are adjusting to the loss of drugs and alcohol.

It may take several months for the feelings of fogginess to completely dissipate. People who have been sober for longer periods of time find that their concentration and mental functioning become sharper than ever. In the meantime, there are a few things a person can do in recovery to enhance their creativity:

-Practice meditation
-Lucid dreaming.
–Regular exercise, such as yoga or walking.
-Journaling or stream of consciousness writing.
-Practicing regular moments of silence.
-Devoting more time to ideas by writing them down, allowing oneself to daydream, or setting up a studio or office for creative work.