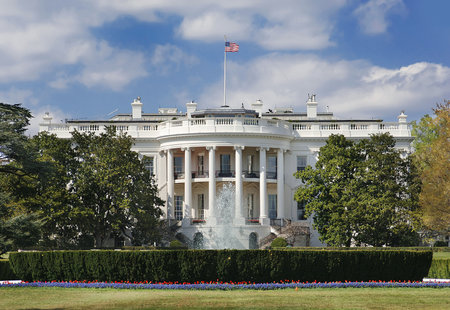 According to a 2013 survey administered by The Substance Abuse and Mental Health Services Administration (SAMHSA), around 3,7000 people between 12-17 uses a drug for the first time. Many of these users will develop a very destructive substance abuse habit, with devastating consequences on physical health, academic performance, and social relationships. Even as the SAMHSA study also revealed the 90% of teens do not use drugs, that fact reflects the alarming extent to which substance abuse continues to have devastating impacts on the lives of many young people.

Michael Botticelli is President Obama’s Director of the National Drug Control Policy. On September 4, 2015, he announced his intention to deliver grants to 697 communities as part of a Drug Free Communities (DFC) program. The grants would deliver a total of $86 million, creating and empowering community coalitions to work at local levels to prevent youth substance abuse.

The DFC centers around that idea that “local problems need local solutions,” meaning that the most effective way to prevent drug abuse and addiction is in “evidence-based prevention efforts” at neighborhood levels. The best ways to combat substance abuse should involve input from multiple people, and these local coalition efforts should draw from education, business, law enforcement sectors, as well as other concerned members of the community.

The specific ways each program will achieve its goals of reducing teen substance abuse are left to each community to figure out what works for each context. They will be overseen by SAMHSA.

These grants were first given as part of the Drug-Free Communities Support policy, created in 1997 to support communities working to reduce youth drug use. Their grants go to local partners already concerned and working to reduce adolescent substance abuse, giving grants of up to $625,000 for five years. Coupled with creative and tested ideas, and people committed to lovingly steer youth away from drug or alcohol use, the influx of money has been shown to make a huge difference reducing drug experimentation and getting help for users.

The DFC has monitored and tested the programs it supports, to ensure the good ideas are truly making a difference. These results are often very encouraging. For example, among middle schoolers in DFC-funded communities,there was 24.4% less alcohol use, 29.4% less tobacco use and 15.1% less marijuana use. In 2014, several of the chosen communities focused on eliminating prescription drug abuse. According to surveys administered by the DFC, there was a significant decrease in non-medical use of prescription drugs. Surveyed teens affected by the DFC programs were more likely to view drug abuse as risky, and to feel that both parents and peers would disapprove if they did use prescription drugs.

These life-changing grants have already been set for this year, but you can always start planning for next year. A request for applications will be made in January, available through grants.gov or SAMHSA.gov. The applications will be due in March, followed by several months of screening and review. Communities awarded a grant receive their notice in September. To be considered, each coalition must consist of representatives including youth, parents, business owners, media, school, government, law enforcement, civic or religious groups, and healthcare professionals. You must also have been existing for at least six months, and have a directed and thoughtful purpose statement.

It has already been seen that the Drug-Free Communities program can make a powerful difference steering youth away from alcohol, illicit drugs, or prescription medication abuse. This expansion of the program should be cause for great hope that more lives will be changed.