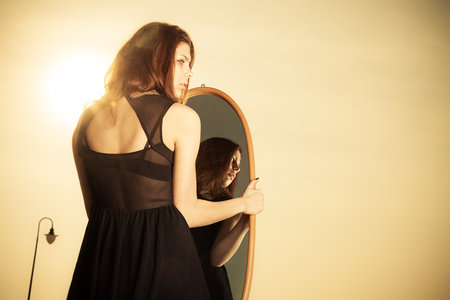 The term body dysmorphic disorder, or BDD for short, may not be a widely understood condition but its effects on a person’s psychological and physical health can be devastating. The disorder was first named by a psychiatrist in 1886 and described as a “fear of deformity and painful desperation”. Today much more is known about the disorder’s symptoms, causes, and effective ways to treat it.

Today body dysmorphic disorder is recognized as a type of obsessive-compulsive disorder with some symptoms that are very similar to OCD. The age at which individuals begin to show signs of the disorder varies widely, but the symptoms are pretty much the same.

The most notable symptoms of body dysmorphic disorder include repetitive behaviors, checking on things, obsessive grooming, seeking approval from others, and comparing oneself to others. These behaviors are all done in response to some kind of physical flaw or defect that the individual imagines they have. Practicing these behaviors becomes a preoccupation when done between 3 to 8 hours per day on average.

What are some symptoms of body dysmorphia and who does it affect?

Body dysmorphic disorder is widespread among women of all ages and is even widely accepted as normal behavior. The disorder also appears among male members of the population. Muscle dysmorphia is much more common among men. This disorder involves a preoccupation with having a muscular build. Some researchers have even dubbed muscle dysmorphia “male anorexia” and classify it as an eating disorder.

Body dysmorphic disorder can have a severe effect on a person’s normal functioning in many ways. First, it can impair a person’s social functioning which has a widespread effect on their relationships, family life, work-life, and other day-to-day tasks. A person with the disorder engages in ritualistic behaviors to maintain a sense of control over their body image. They may also spend a large amount of time each day seeking reassurance from others, engaging in repetitive behaviors, or focusing on a perceived flaw.

All of these obsessive behaviors contribute to an overall sense of insecurity and self-consciousness. Individuals with the disorder begin to believe that other people are focused on their flaws as well, and can begin to experience great anxiety. This can make any kind of situation that requires socializing very difficult and painful.

How is it different from an eating disorder?

How can the disorder be treated?

Many of the methods that are effective in treating OCD have also been shown to work well for patients with body dysmorphic disorder. These methods include cognitive behavioral therapy, antidepressants, therapy, and group therapy. Learning how to identify negative self-talk and then working to restructure is a big part of body dysmorphia treatment.

Placing a patient in social situations that usually trigger their disorder is a way for them to practice new, more positive ways of thinking about themselves and expose their perceived flaws. This can help a patient realize their flaws aren’t as significant as they believed and that other people are actually not focused on the flaws.