Start the recovery process. Rid your body of toxins and become free from your dependency on drugs and alcohol.
More

Get to the heart of your addiction. Learn coping skills to help you overcome cravings and learn to live a sober life.
More

Maintain your sober support system while you take a step back into your obligations at work and at home. Continue the recovery process.
More

PTSD stands for post-traumatic stress disorder; it is a mental disorder that occurs after a life-threatening, frightening, or shocking event. It is commonly found in active combat military servicemen and women and combat veterans. Fear is a natural reaction that triggers the "fight-or-flight" response during a dangerous situation. It causes a chemical change in the brain that causes an increase in heart rate, blood pressure, and adrenaline, giving the person the ability to defend themselves.

Once the event that triggered the reaction passes, the body will begin to return to its normal state after roughly twenty minutes. However, if a person continues to experience the same response long after the event has passed, they will most likely be diagnosed with PTSD.

Veterans with PTSD experience immediate symptoms or go years without any problems before symptoms occur. During combat, the sense and possibility of danger are constant. During a firefight, there is no time for the brain to process the horrifying events that it is experiencing. To protect itself, the brain will detach from the reality of the situation. After the danger has passed, short-term PTSD symptoms may occur as a natural way for the mind and body to address what happened before moving on from the experience. Others can continue to have symptoms and could develop a chronic condition.

The diagnosis of PTSD requires at least one of the following symptoms lasting for one month:

Flashbacks cause the person to relive the trauma repeatedly and produce physical symptoms such as increased heart rate, elevated breathing, and sweating. It can also cause nightmares, fear, and paranoia.

The inability to go anywhere or do anything that could trigger a memory of the traumatic event. This can cause changes in behaviors and routines that interfere with the ability to live a normal life.

Produces constant feelings of stress and tension; it can cause insomnia and behavioral changes such as angry outbursts. Rather than being triggered by a place, event, or object, arousal symptoms are constant and make it extremely difficult to accomplish regular daily tasks.

These symptoms can cause a person to have difficulty remembering certain critical aspects of the traumatic event. They can have an overwhelming sense of guilt and usually have negative feelings for themselves and the rest of the world. They have a hard time finding interest in activities they once found enjoyable. These symptoms will often cause the person to feel detached or separated from the rest of their family or friends.

The majority of these symptoms are a natural reaction after experiencing trauma; they last a few weeks and then dissipate. However, if at least one lasts for longer than a month, they could become detrimental to a person's ability to function normally. These symptoms can cause mental illnesses, medical issues, and substance abuse. Dr. Paul's By The Sea is In-Network with Tricare and TriWest. We proudly work with active duty service members, retirees, veterans, and their adult and adolescent beneficiaries.

Our Treatment Center provides mental health and addiction treatment for service members and their families in the Jacksonville, FL area.

History of PTSD in the Military

PTSD is highly common in people who have witnessed or experienced warfare. Psychological trauma caused by wars has more than likely been in existence for as long as warfare itself. Looking back on history, some of the earliest mentions of trauma comes from the Greek historian Herodotus who wrote about the Battle of Marathon in 490 B.C. In his work, he mentions an Athenian warrior who had no physical injury but went blind after witnessing a fellow soldier's death.

Post-traumatic stress symptoms notably increased during the American Civil War (1861-1865), which was an extremely violent and bloody conflict. It was the first time that rapid-fire rifles, precision aides such as telescopic sights, and other innovative weapons had been used in a war. The result was an increase in casualties, destruction, and psychological trauma.

World War I was the first time a name was given to the psychological phenomenon: Shell Shock. An Army doctor, Capt. Charles Myers began noticing that soldiers were exhibiting severe symptoms that affected their behavior and caused physical maladies such as loss of hearing or sight even though they had not been physically injured. The prevalence of PTSD found in returning military personnel varies throughout each war and era. Studies that were done reported that of the returning 60,000 Iraq and Afghanistan veterans, roughly 13% to 20% showed signs of PTSD like symptoms. Over the past 13 years, 500,000 military members have been diagnosed with post-traumatic stress disorder.

One of the reasons PTSD cases have increased in the modern era of warfare is due to the improvements made in protective gear and the ability to treat troops on the battlefield. Both of these have lent to the increase in the survivability rate. More soldiers survive in conflicts; however, they come home with severe mental issues without receiving necessary treatment This form of therapy aims to help patients process the emotional aspects of the event in a safe and secure place.

The goal is to help patients understand and identify thoughts and beliefs that stem from the trauma while assisting them to change their inaccurate and false-negative thoughts about themselves and the world. 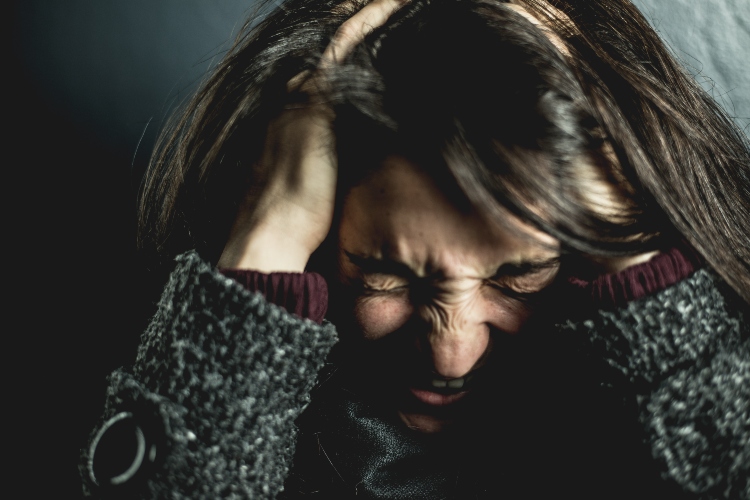 This type of therapy aims to help patients take back control of their thoughts and emotions and help them identify and process the thoughts that keep them stuck in the trauma.

This type of therapy aims to help patients take back control of their thoughts and emotions and help them identify and process the thoughts that keep them stuck in the trauma. Group therapy is an effective form of treatment as it allows veterans and active military members to come together to share their experiences. They can also learn from each other and how they each manage the symptoms caused by PTSD. It is believed that people who share similar experiences have an easier time trusting and connecting with others who have gone through something similar. This is because they understand what that person is going through.

Once an inpatient program is completed, patients are encouraged to enter into an outpatient program. Multiple studies have suggested that the longer someone remains in treatment, the better chance they have for a successful recovery.

It is not just veterans who are struggling with PTSD; their families are suffering with them. A therapist can work with the entire family to help them work through their feelings and understand each person's perspective and emotions. Treating PTSD at Dr. Paul's By The Sea

We understand that you have been through a difficult time and want to move on with your life. However, you will not be able to do this until you have addressed the memories, thoughts, feelings, and emotions caused by the trauma you experienced. At Dr. Paul's By The Sea, we can help you process through the painful and negative thoughts that can cause severe physical and mental symptoms. Our therapy programs have been specifically designed to help veterans achieve a more positive outlook on themselves and the world around them. Learn more about our rehab center in St. Augustine, and call today to begin your recovery.