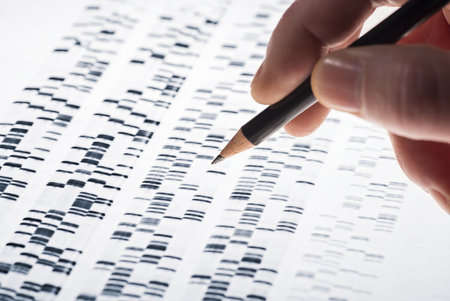 Why do some people rarely experience episodes of depression and others struggle with chronic feelings of sadness? The causes of clinical depression can be complex and a number of different factors can contribute to a person’s vulnerabilities to a mental illness like depression.

The reason why some people experience depression is a combination of environmental and genetic factors that influence their psychological state. Aspects of a person’s life such as traumatic experiences or other environmental triggers can lead to feelings of depression and in some cases serious issues of chronic depression.

People with genetic factors such as parents or other relatives that have suffered from depression can also lead to them exhibiting symptoms. While the actual causes of depression can be quite complicated, there are certain circumstances which can predict when individuals are more likely to become depressed.

Inherited Genetic Vulnerability
Studies have proven that at least to some extent, depressive illnesses can be inherited in terms of a vulnerability to develop the disorder. This means not everyone with a history of depression in their family is fated to have problems with a mental illness. Someone with close relatives that have major depression will inherit the tendency to develop the illness but not necessarily the illness itself.

Genetic influences can play an important role in mental illness, however. People with relatives suffering from depression are 1.5 to 3 times more likely to develop the condition than those who do not have any close relatives with the disorder. This vulnerability suggests that depression is at least partially a genetic issue. Someone with a vulnerability to depression is much more likely to develop the mental illness when certain environmental and social factors come into play. Environmental triggers are what ultimately set off this type of illness whether a person has genetic influences or not.

Environmental Triggers Lead to Depression
Twin studies have proven that genetic factors can account for depression as 67 percent of twins living in separate situations both developed depression. The remainder of those twins involved in the study proves that environment plays a role as well in determining whether someone will end up with depression. For many people, depression can be a learned behavior so that someone living with a family member with the problem may begin to imitate their symptoms.

Children tend to accept behaviors seen in their home as normal so they may engage in depressive behaviors simply because their parents or other family members do. Other strong environmental triggers can cause depression such as physical or sexual abuse, losing a parent early in life, a chronic physical illness or some form of neglect as a child. These types of triggers can lead to situational depression meaning that the person can trace the cause of their mental illness to a specific event or circumstance. These kinds of situational causes of depression are some of the most powerful reasons that people become depressed, more so than simple genetic influences.

Someone with a genetic predisposition to depression can in many cases avoid developing any type of mental illness. If they do not experience intense environmental stressors like abuse, bullying, illness, death and many other triggers they can go through their entire life without a single depressive episode. Those with a family history of depression can also take steps to prevent the development of the disorder by recognizing any warning signs and seeking help early on. When any symptoms of depression arise it is important to seek professional help before it develops into a full disorder. Counseling and, for some people, medication can prevent problems with depression from becoming a chronic mental illness.