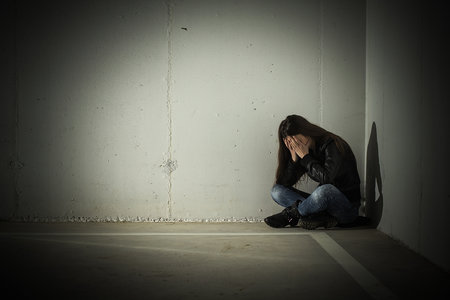 “Drunkorexia” is relatively new term that references the co-occurrence of an eating disorder alongside high levels of binge drinking. A person suffering from drunkorexia may deprive himself or herself of food during the day, then drink high amounts of alcohol during the night. It might be someone who avoids calories during the day to compensate for the calories from alcohol.

A 2011 study from the University of Missouri found that 30% of female college students admitted to restrict food use in order to consume more alcohol. It is a problem that affects people of both genders, though women are often more concerned about gaining weight from heavy drinking, while men are more likely to do to to facilitate greater intoxication while drinking less. At the most severe levels, this behavior can combine to two very unhealthy compulsions. A 2009 study facilitated by the Eating Disorder Clinic of Denver found that 75% of participating college-aged women with an eating disorder also engaged in alcohol abuse.

Both self-starvation and binge drinking are very destructive to health by themselves, but together they become even more dangerous. Drinking on an empty stomach intensifies alcohol’s intoxicating effects, dramatically increasing the dangers of injuries, blackouts, or alcohol poisoning. Most alcoholic drinks are empty calories, offering no nutritional value whatsoever and not capable of supporting healthy life on its own. The great harm that can come about from this co-occurring disorder demands serious treatment for anyone susceptible to its behaviors.

Addressing two problems at once

Treatment of drunkorexic behavior must learn to focus on the whole picture, knowing that we must deal with both an eating disorder and an addiction issue, at the same time. Simply treating one symptom of one disorder will fail to bring about the true recovery that is needed. It is very likely that there is some other underlying mental health disorder behind both harmful behaviors. In particular, it is possible that persistent depression, the feeling that life is unpredictable and full of pain, can lead someone to reach out to alcohol as a way to repress negative feelings, while using excessive exercise and carefully controlled eating offers some illusion of control that makes things easier to deal with. Treatment should thus also involve therapeutic counselling seeking to understand root causes.

For all these reasons, it is highly recommended that intervention involve professionals and facilities able to treat both eating disordered and addiction together. The plan must be careful and individualized, focused on helping the individual gain the support and skills needed to regain healthy eating habits and abstain from alcohol. Generally, therapy may will start by increasing awareness, leading people to examine their behavior and think carefully about what they are feeling. Then, it will focus on solutions, dealing with the harmful thought patterns and behaviors that constitute alcohol abuse and disordered eating.

Early intervention
Some people might believe that if their behavior only takes place on weekends, it’s not really a disorder or addiction. However, the truth is that both alcohol abuse and anorexia can easily escalate and spiral out of control, developing compulsions that take over lives and are very difficult to break. Therefore, intervention should take place as early as possible.

Stopping behaviors in their earlier phases can more easily support a successful outcome. So if you see someone avoiding food during the day and then consuming alcohol excessively, do not hesitate to express your concern and gently encourage them to get help for what can easily become a very destructive pattern. Dr. Gregory Jantz of the Center for Counseling and Health Resources encouraged concerned loved ones to “[not] let them get away with an easy answer,” rooted in denial and the belief skipping a meal or carefully counting calories before binge drinking is not a big deal. Your concern could be life saving.