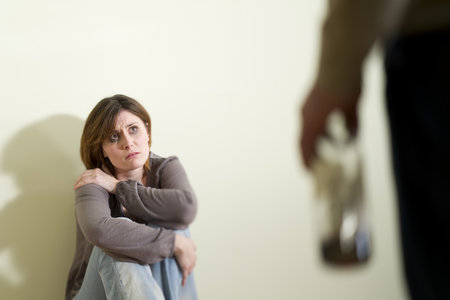 Although most people who drink start because it seems to make their lives better or more fun, for many, alcohol can do the exact opposite. By making people’s actions more impulsive, excessive use of alcohol can sometimes be a contributing factor in risky and harmful behavior. One of the tragic examples of this is domestic violence, or abuse and physical beating of one intimate partner to another.

The National Council on Alcoholism and Drug Dependence reports that two-thirds of people attacked by a current or former spouse, boyfriend, or girlfriend report that alcohol was involved in this traumatic crime. For both victim and perpetrator, it is very important that treatment consider the role of alcohol abuse and addiction played, and how recovery should be a part of the healing process.

There is a strong correlation between alcohol and domestic violence, and the association between alcohol use goes up with the level of severity of the abuse. Studies evaluated in a report by Hazelden showed that 3-10% of husbands who verbally abused their wives were drinking, 11-27% who engaged in mild physical abuse (slapping, throwing something, pushing or grabbing) were drinking, and 38-43% of those who severely hurt or beat up their wives.

It is sometimes unclear whether this correlation means that domestic abuse contributes to alcoholism, or alcoholism contributes to the likelihood of domestic abuse. One theory is that alcohol increases the distortion of power and control that contributes to conflict in intimate relationships. Alcohol also interferes with parts of the brain that control impulses and evaluate judgments, which can sometimes make people more likely to act out violent impulses.

That said, it would be a serious error to suggest that alcohol “causes” domestic abuse, or can ever be considered an excuse for violent behavior. There are many causes behind the anti-social mental illnesses that can result in domestic abuse, and so sobriety in and of itself will not solve the underlying problems of an abusive intimate partner.

However, the strong correlation suggests that treatment for alcoholism should be an important part of a broad treatment for preventing abuse. An alcoholic partner may be violent more often, and alcohol can cause a potentially abusive situation to escalate. While drinking does not cause abuse, it does enable it, worsen it, and prevent it from ending.

The first priority in any domestic abuse situation is to protect the victim, and this often means separating him or her from the perpetrator. However, with careful monitoring, it is possible to rehabilitate people who commit these inexcusable actions. In these cases, substance abuse therapy and anger management training should be used concurrently, and in ways that relate to each other. In both cases, the goal is to get the patient to acquire greater awareness of the negative impact of their behavior, as well as better coping mechanisms. Treating both of these conditions together is the only way to truly create a badly needed change in behavior.

The victims of domestic abuse may also be more likely to abuse alcohol. Alcohol can make it harder to resist an attack or access a dangerous situation. Furthermore, a person suffering from the trauma of abuse may turn to alcohol to self-medicate from feelings of anger, depression, fear, or shame. The victim’s substance abuse may continue to put her or him in danger, and also constitutes a problematic method of repressing traumatic experiences that can get in the way of healing. A therapist or counselor should be aware of both a victim’s alcoholism and trauma and seek to treat both of these challenges together.