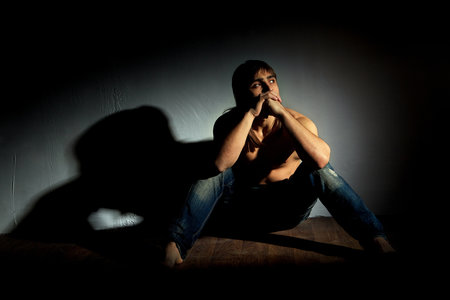 When someone you care about is an addict, there are a lot of things to worry about. Your number one concern will most likely be whether or not their addiction will end up taking their life. In addition to that, there are accidents, injuries, overdoses, and run ins with the law to worry about. Another big risk that often goes hand in hand with addiction is suicide. What many don’t know is that the risk of suicide greatly increases when someone is suffering from addiction.

Suicide is commonly associated with mental disorders and illnesses such as depression, bipolar disorder, schizophrenia, and others. Suicide is the 10th leading cause of death in the U.S. Mental disorders are the number factor contributing to suicide, but what many don’t know is that alcoholism and drug abuse are also strong factors. Some research even suggests that alcoholism is a bigger factor than a mental disorder when it comes to risk of suicide. Overall, individuals with alcoholism or a substance abuse problem are six times more likely to commit suicide than the average person.

Substance abuse also makes it easier for someone to commit suicide via a deadly combination of drugs and alcohol, or overdosing. Statistics show that about 1 in 3 people who commit suicide also had drugs or alcohol in their system at the time of their death. The most commonly found drugs in a suicide victim’s system are opiates such as heroin and oxycodone, and also alcohol. Poisoning is also a common method used for suicides, with drugs being used 74% as a poisoning method. Poisoning is also the third most common suicide method overall.

Why is there such a strong link between suicide and addiction?

When we take a closer look at the reasons why so many people who are struggling with addiction turn to suicide, a number of possible explanations arise. One is that people tend to lose their inhibitions, ability to think rationally, and are more likely to engage in risky behavior when they are under the influence of drugs or alcohol.

Another reason for the increased risk of suicide is that many people begin abusing drugs or alcohol in an effort to treat their symptoms of depression, anxiety, or other mental maladies. Among addicts and alcoholics, the rate of depression rises to 2 to 4 times the rate among the general population.

Often these symptoms can become overwhelming without drugs or alcohol to help numb the pain. Someone who tries to quit using drugs or drinking but has not treated their mental condition will often experience a clarity that makes carrying out suicide attempts more likely. Dealing with other major life changes during this vulnerable time is also quite difficult.

What to do about treatment.

Despite all the evidence pointing out the link between addiction and suicide, there remains little public awareness of the issue. This contributes to a stigma about the issue that makes seeking dual diagnosis treatment seem especially daunting for those who need help the most.