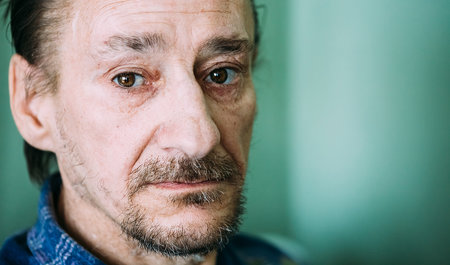 New research has revealed some surprising findings indicating that older adults, often those in their 50s, are now the largest age group battling addiction. A study based in New York City found that more adults over the age of 50 are seeking help in narcotic painkiller and heroin treatment programs than any other age group.

Changes in Age Groups for Addiction Treatment
The study, published in the “Journal of Substance Use and Misuse” analyzed data to look for trends in opioid treatment programs. Researchers found through their analysis that there was a pronounced age trend in those utilizing these treatment programs from 1996 to 2012 with adults aged 50 and older becoming the major treatment population. According to the findings, people aged 50 to 59 accounted for only about 8 percent of narcotic painkiller and heroin treatments in 1996 but in 2012 the number grew to 36 percent.

The proportion of patients aged 60 to 69 also increased dramatically from 1.5 percent to a surprising 12 percent. These numbers are especially striking when considering that the total patient population decreased by about 7.6 percent over that period of time. The study shows that we are experiencing a new and never before seen epidemic of older adults with substance use disorders and continually rising numbers of adults in substance abuse treatment.

In contrast with the dramatic rise in patients aged 50 and older, the number of patients in narcotic painkiller and heroin treatments of other age groups actually decreased. Over a period of time that was studied, the proportion of patients aged 40 and younger fell from about 56 percent in 1996 to about 20 percent in 2012. Differences in other demographics were noted as well through the study.

Older Adults and Overdose
These statistics highlight the possibility that older adults are becoming more vulnerable to developing an addiction to narcotics and opioids than those that are still in their 20s and 30s. The reasons for this are unclear but it is cause for concern, especially when considering other evidence that overdose deaths for older adults have also increased. Other studies have found that the rate of death by accidental drug overdose for people aged 45 to 64 increased 11 fold between 1990 and 2010, which was far greater than any other age group.

The overdose rate for late middle-aged adults is now higher than that of 25-44-year-olds for the first time. Many of these baby boomers used drugs in their 20s and quit for a period of time before starting again with prescription drugs in their 50s. Some of them have used drugs their entire lives but have found painkillers to be an easy transition from other substances they might have used in their youth. Whatever the cause may be, opioid addiction and overdose death are now taking a more dramatic toll on older adults than ever before.