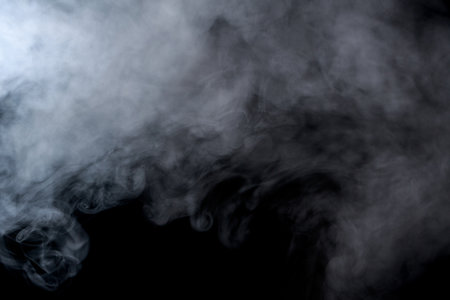 While marijuana is typically considered a milder type of drug and is even used for medicinal purposes in certain states, there can be certain dangerous side effects associated with heavy use. A number of studies have shown that the drug can be linked to a variety of different health issues including an elevated risk for developing some diagnosable mental illnesses.

A recent large scale study published in 2013 for the Journal of Comprehensive Psychiatry confirms through its research that there is a definite link between regular marijuana use and mental health problems. The evidence of the study provides an increased level of detail showing the strength of that link. People with certain vulnerabilities to mental illness should be cautious of their marijuana use and familiarize themselves with the information provided in these types of studies. Understanding the link between marijuana and mental illness can help people avoid experiencing any symptoms.

Marijuana Abuse and Addiction
Aside from alcohol, marijuana is the world’s most popular substance used for recreational and medicinal reasons with more than 200 million people using it internationally. Marijuana is often used for the treatment of certain illnesses but it can actually have a few different negative health effects if used heavily on a regular basis. A variety of studies have shown that marijuana actually can be addictive because it produces symptoms of tolerance and withdrawal which are the biggest indicators of addiction.

Marijuana abuse as with many addictions can lead to dangerous activities such as intoxicated driving and negative consequences such as disruption of work, social or personal relationships. A person that becomes addicted to marijuana is not only putting themselves at risk for certain life disruptions, they could develop psychological symptoms as well.

Developing Symptoms of a Mental Disorder
Studies in the past have proven that THC, the main active ingredient in marijuana, makes changes in two key brain areas that roughly mimic the effects of psychosis. Entering a similar state to psychosis can be dangerous because the illness produces damaging problems such as delusional thinking and hallucinations. Psychosis itself is also one of the main features of the mental illness schizophrenia.

Many studies reported by the National Institute on Drug Abuse have linked marijuana use in the present to the later development of actual psychosis symptoms. Another study showed that diagnosed schizophrenics who use marijuana have higher levels of brain disorganization than those that don’t use the drug. A more large scale study concluded that 4.4 percent of all adults in the U.S. diagnosed with mental disorders use marijuana on a regular basis, with only 0.6 percent of adults without a mental illness using marijuana frequently. The study also found that 4 percent of adults with mental illnesses exhibit symptoms of marijuana use disorder such as tolerance, withdrawal or dependence. People with certain types of mental illnesses such as bipolar disorder and a few different personality disorders tend to use marijuana more frequently than others.

Although marijuana use tends to be more common among young adults, the link between heavy use of the drug and the development of a mental illness holds true for people of all ages. Marijuana can not only cause and contribute to symptoms of a mental disorder, but people with psychological illnesses are more likely to use the drug as a form of escape from their symptoms. What they do not realize is that marijuana can actually worsen symptoms of a mental illness even though it might seem as though it temporarily improves their problems. For anyone with a genetic history of mental illness, other vulnerabilities or existing symptoms it is dangerous and damaging to use marijuana on a regular basis.