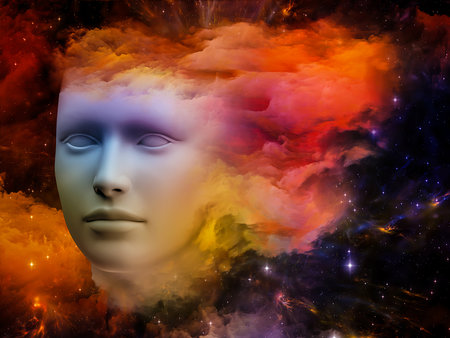 People who suffer from schizophrenia can sometimes experience hallucinations in different forms and degrees. Hallucinations and delusions are known as “positive” symptoms that seem completely real to one who suffers from them. These symptoms can be most prominent in the early stages of schizophrenia and are often provoked or aggravated by stressful situations such as a physical illness, loss of a relationship or leaving home.

Recent studies have shown that there is actually more to hallucinations and that they may be associated with structural irregularities in the brain. People with these brain irregularities may be predisposed to developing hallucinations as a symptom compared to those without the irregularities who have the disorder but do not experience hallucinations. Brain structure then along with psychological circumstances can help contribute to the possibility of an individual with schizophrenia experiencing positive symptoms.

Irregularities in Brain Structure
Scientists define a hallucination as a sense perception that arises in the absence of a stimulus. Hallucinations can involve seeing, hearing, smelling, tasting or feelings things that are not there in reality. In schizophrenia, the most common type of hallucination is auditory with sounds and voices often speaking to the sufferer. Voices can be threatening or abusive, causing great distress to the individual especially if they are loud and incessant. Hallucinations can take many forms but not all people with schizophrenia experience them.

A new study featured in the journal “Nature Communications” focused on the underlying causes of hallucinations by studying the structure of the brain. Researchers from the University of Cambridge discovered that schizophrenics with hallucinations tend to have reduced lengths in the folds of their brain known as paracingulate sulcus or PCS. In the same study they determined that PCS in not an issue with healthy individuals or even in schizophrenics who do not have hallucinations.

Reality Monitoring and Causes of Hallucinations
The paracingulate sulcus is one of the structural folds of the brain that develops before birth and the size can vary in every individual. Previous studies have found that varying lengths of PCS in healthy people is associated with the process called reality monitoring – the ability of a person to correctly differentiate real information from things that are imagined. This new study focused on PCS length and the impact that it has on individuals with schizophrenia. Researchers analyzed MRI scans of 153 schizophrenia patients and compared them with control participants, measuring the PCS length of each person.

The results showed that a one centimeter reduction in PCS size in schizophrenia patients correlated with an increased likelihood of experiencing hallucinations by as much as 20 percent. The association with reduced length was apparent regardless of whether patients had auditory or visual hallucinations. Because schizophrenia is a complex range of conditions with varying symptoms, researchers can find it hard to identify specific connections between brain structure and certain symptoms. Studying differences in the brain between patients with and without hallucinations helps to determine a specific region of the brain associated with one particular symptom.

Identifying areas of the brain associated with certain symptoms like hallucinations can help explain why people with schizophrenic suffer from these problems. Individuals who suffer from hallucinations may perceive information incorrectly because of the process of reality monitoring around the PCS is affected by changes in their brain. Researchers believe that the PCS is involved in brain networks that help us recognize information we have generated ourselves. Those with a shorter PCS length may have trouble distinguishing information generate internally and may interpret it as external. While there is probably more than one explanation as to why hallucinations occur in some individuals, it can at least be partially explained by irregular brain structure and its effect on processing reality.