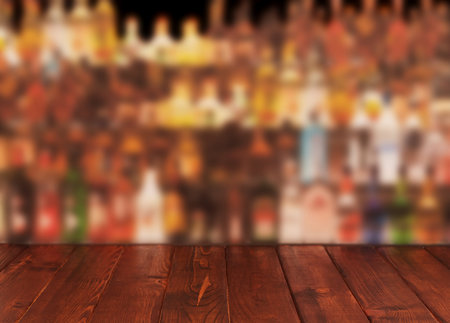 Companies are now offering a new way for people to drink that is more portable and easier to conceal but may pose certain dangers and risks that the public may not be aware of. Powdered alcohol or Palcohol can now be legally sold in the U.S. after being approved by the Alcohol and Tobacco Tax and Trade Bureau. While powdered alcohol is basically the same potency as a normal alcohol beverage, health experts are concerned about the potential to abuse this drug especially among minors.

Others argue that powdered alcohol is no different than liquid alcohol and has no more risks than simply drinking a beer or cocktail. Following the approval however, several states have already banned the product or have proposed laws to ban it this year.

What is Powdered Alcohol?
Created by Mark Phillips, Palcohol is basically a freeze-dried version of common drinks including rum, vodka, a cosmopolitan and a type of margarita. The powdered drinks come in small pouches weighing about an ounce and contain alcohol, natural flavorings and sweetener. When mixed with six ounces of water or another mixer, the result is a drink with the same alcohol content of a standard cocktail. Most of the packets contain about a shot’s worth of alcohol in powdered form.

The Alcohol and Tobacco Bureau worked with the FDA to approve the product for sale in the U.S. and the organization had no concerns about the dangers of the ingredients. Concerns have risen among many however, that the powder packages will trigger abuse by young people because they are easy to hide and consume in places where alcohol is prohibited. Health experts also worry that people will try to snort the product or combine it with other drugs like heroin to experiment with different effects. Young people may not be aware of the dangers of misusing the powder and could risk being seriously harmed.

Addressing the Dangers
In the face of this criticism and the fears of abuse, the creator of Palcohol Mark Phillips believes his product is safe and does not pose any serious risk. Phillips has responded to many of the concerns by saying that snorting the product will not be appealing because it leads to painful burning and would take about an hour to snort the equivalent of a shot.

He also said that with the package being 4 by 6 inches it is not necessarily much easier to conceal than some types of liquid alcohol. The Palcohol website says that alcohol in any format is subject to abuse if someone is determined to do so. The powdered form is no different in terms of its potential to be abused. He said the product will be more expensive than alcohol which could deter some younger abusers.

Phillips has called any efforts to outlaw powdered alcohol the work of those who want a “nanny state”. States such as Colorado, New York and Rhode Island have already taken steps to ban the product and it is already banned in South Carolina, Louisiana and Vermont. The product cannot be sold in Massachusetts because the state defines an alcoholic beverage as a liquid according to their alcohol control commission.

Although many people believe the product to have generally the same risks as liquid alcohol, others remain skeptical of keeping the drug legal. Some say that powdered alcohol will be more appealing to young people and could be accidentally ingested by children if it is left in the home. While a number of states still move toward banning the product from being sold, it is expected to be available for sale this summer throughout the U.S.