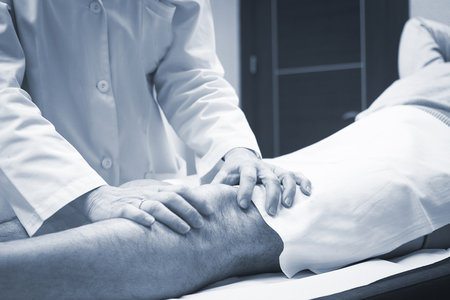 While there may be some cases where prescription painkillers are necessary for teens, they can be very dangerous for such a young age group to use. A new study suggests that teens that are given prescription narcotic painkillers may run a higher risk of abusing narcotics after finishing high school.

Even teens that were not regular drug users and had no previous problems with substances were more likely to become addicted if they were exposed to prescription painkillers according to this recent research. Prescription painkillers especially in the form of opioids can be highly addictive and powerful kinds of medications that can be difficult to quit.

In many cases prescription opioid abuse can lead to illegal types of drugs use especially with street heroin because the effects are so similar. Parents need to be cautious about any painkillers prescribed to their teens as it could lead to drug problems in the future.

Teens First Experience with Painkillers
Researchers involved in this study said that teen painkiller use was associated with a 33 percent increased risk of later abuse mostly among those with little to no history of drug abuse and a strong disapproval of illegal drugs. The study was authored by Richard Miech, a research professor at the Survey Research Center at the University of Michigan.

Miech and his colleagues used data tracking more than 6,200 high school seniors until they reached the age of 23. Although it seems counterintuitive that teens without any history of drug use would be more likely to get addicted, the findings can be explained by the novelty of the experience.

When teens who have not experimented with drugs feel the effects of prescription painkillers they can more easily become addicted to such a new sense of euphoria. Because their first experience seems safe and pleasurable they may fail to recognize the danger of this type of drug use. A safe and pleasurable first experience is actually a central factor in theories of people who go on to misuse drugs.

Avoiding the Risk of Addiction
The fact that teens who are not even interested in drug use are more likely to become addicted can be an alarming prospect for parents. The findings of the study are especially potent after a recent decision by the FDA to approve the use of the narcotic painkiller Oxycontin for children ages 11 to 16. This decision by federal officials suggests that the risks of prescription narcotics remain unrecognized by the government and health care industry.

The author of the study believes that although the findings did not prove that teen painkiller use directly causes addiction in adulthood, the risks should still be incorporated into prescribing decisions and patient counseling. If doctors and parents are more informed about these risks they can choose to use non-narcotic medications as the initial treatment for more minor pain conditions. Others in the pediatric medical industry agree that narcotic painkillers should only be used for very serious pain from trauma, cancer or surgery for a short period of time.

Many doctors many not realize that there are serious risks involved in prescribing painkillers to teens even if they have issues of chronic pain. There are healthier and equally effective options to help teens recover from pain issues including non-narcotic medication, physical therapy, fitness programs and wellness programs.

These solutions are safer and can even provide better outcomes for the patients instead of creating a risk of addiction. Physicians need to be cautious about prescribing addictive painkillers to impressionable young teens who may find themselves hooked on the feeling they get from drugs such as Oxycontin. It is up to doctors and parents to work toward better health for adolescents in need of pain therapy.