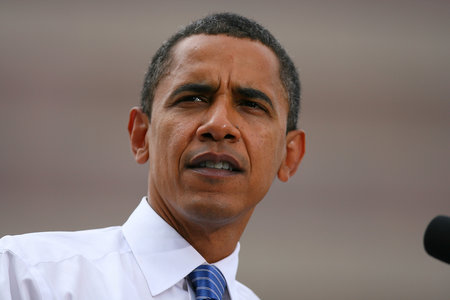 Recently, President Obama got involved in the discussion of American’s addiction epidemic and showed his support for people struggling with the disorder. Obama visited Charleston, West Virginia; a city that has been a hotbed of drug addiction and spoke to the community about the problem. He empathized with those that were dealing with drug addictions, listened to their stories and admitted that he had used illegal drugs in the past but was lucky enough to avoid having a serious problem. Obama spoke about the realities of how addiction has spread and become a dangerous trend in the U.S. especially in recent years. He also discussed his efforts to combat the problem and announced new measures that might help to reduce the growing rates of substance abuse and addiction in the country.

Stories of Addiction and Abuse
The panel discussion on addiction took place a few weeks ago at the East End Family Resource Center in Charleston. Members of the community spoke to the audience telling their own personal stories and experiences of addiction for themselves or loved ones. Obama was most affected by the stories of parents who nearly lost their children to addiction, something that hit close to home because of his two daughters. He said that poor and minority children are more vulnerable but are just as deserving of being saved.

Those that spoke before Obama were Cary Dixon, a local mother of an addict, as well as a health officer and police chief in the community in front of an audience of 200 people. Obama started off the event with a brief speech in which he addressed some of the more alarming statistics about addiction that have plagued the nation. One of the most surprising was that more Americans die from drug overdoses than car crashes every year and the majority of these overdoses are related to legal prescription drugs.

Challenges to Reducing High Addiction Rates
Although Obama expresses concern for the dramatic toll that addiction has taken on the country, it is one of the few public health epidemics to worsen during his tenure. Many of his efforts to combat addiction have been modest and ineffective as rates of overdose and abuse continue to climb. Unfortunately, federal officials at the Food and Drug Administration have opposed efforts to ban new opioid prescription medications or restrict access to the pills.

Officials at the FDA worry that these kinds of measures would deny treatment to those who genuinely need the pain medication for medical reasons. While Obama’s efforts have been effective enough to level off the growth of addiction to a certain extent, the high rates of abuse and overdose have not lessened in any significant way. Many leading addiction experts have complained about the lack of progress in reducing the prescription drug epidemic during Obama’s tenure and worry that he has not made enough effort to try to reverse the trend.

During his appearance at the panel discussion in Charleston, Obama announced new measures to combat the problem of addiction. Some of the measures would include further training for federal doctors and a request that federal health insurance plans would address barriers to addiction treatment because addicts often have long waiting periods for treatment programs. He said that greater investments need to be made in the prevention and treatment of addiction, building and funding more treatment centers.

He said that easing sentencing for addicts could help reduce spending so that more money could be used for treatment instead. People in the audience involved in addiction services believed the President was very engaged and understood the scope of the problem of addiction in the U.S. It remains to be seen how these new measures will affect the high levels of addiction in the country before his term runs out.