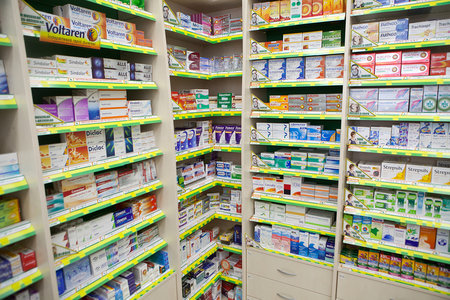 Use of prescription painkilling drugs for recreational or non medically approved purposes is reaching epidemic levels. The Center for Disease Control reports that, in 2012, healthcare providers wrote 259 million prescriptions for opioid painkillers, that many people likely took at times or in doses beyond what was good for their health. The number of deaths from painkiller overdoses has skyrocketed from 4,200 in 1999, to over 17,000 in 2011. Even as drug deaths overall are declining for Americans aged 15-29, irresponsible use of these drugs is most devastating for people between 55-65 years old. Clearly, radical change is needed in the ways people view and use these helpful but potentially dangerous drugs.

Some people may assume that because these drugs are available from a doctor and made by a pharmaceutical company, that they are safer than street drugs. However, the truth is that this class of drugs can be highly addictive and dangerous if misused, which is why responsible users follow the strict instructions of a doctor. A new study from the American College of Physicians suggests that addiction to painkillers is strong enough to cause someone’s use to continue even when it puts them at great risk.

The Study:
The article was published on January 5, 2016 in The Annals of Internal Medicine, and looked at 3,000 test subjects. They used Optium, a database of insurance claims information to determine anyone who had overdosed on prescription drugs taken for chronic pain. Following with these patients over two years revealed that, for more than 90% of them, they continued to take the drugs at high doses. In fact, for 70% of them, not even their doctor gave pause to the grave danger of an overdose, as the same healthcare provider continued to approve new prescriptions. The seriousness of this oversight was made apparent when the research team further found that people who continued to use these drugs after an overdose doubles the danger of having another overdose.

Dangers of Overdosing:
Overdosing is so serious for opioids because, for some drugs such as Oxycontin, even one pill too many can result in death. Painkillers work by slowing down the brain’s central nervous system. Used excessively, this can lead to your breathing slowing down to the point of extreme respiratory failure, in which your breathing stops or oxygen is not getting to your body.

Some symptoms of opioid overdosing include small pupils, blue lips or skin, confusion, sleepiness, cold and clammy skin, seizures, and vomiting. These may not always look serious, but they are a sign that someone is having difficulty breathing, which can turn fatal very easily. It is very important to get someone experiencing an opioid overdose to a hospital immediately. A person in serious trouble from an overdose will slow down their breathing, or only be able to breath short, shallow breaths, taking as few as 10 breaths a minute.

Hitting Bottom:
The fact that such a scary and traumatic experience is not enough to keep most people from misusing prescription painkillers speaks volumes about how deep a hold addiction can have on the people suffering from it. The cravings of addiction are so strong that addicted people will overlook any other concern, risk, or interest to get their next “fix” of the substance they think they can’t live without.

Thus, all the ways substance abuse disrupts job or school performance, gets in the way of other interests, causes difficulty in relationships, and puts physical and mental health at tremendous risk may matter very little to someone who is truly addicted. People in recovery speak of a “rock bottom” that they have to hit, or the point at which things get so bad that they are forced to wake up and realize the harm their craving is doing to them. Up until that point, there is very little that can be done to convince someone to start working towards sobriety.

What Can Be Done:
The fact that so many doctors continue to overlook the risks and danger of overdoses shows that there is urgent need for more education and oversight in the medical field. Doctors and pharmacists alike need to realize while these drugs can show great promise for those who truly need them, they can also be highly addictive and deeply destructive if misused. An overdose should give pause, and lead a doctor to consider if another alternative, coupled with a detoxification and rehab session.

If you or someone you can about is struggling with prescription drug addiction or misuse, do not hesitate to get help or treatment today. It can be hard journey, but the life-saving and life-regaining journey is well worth it. Hope is possible.