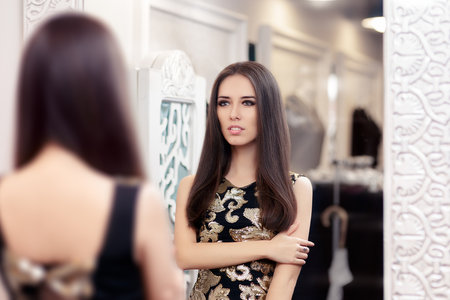 Most people first learn of the idea of narcissism by hearing or reading about the ancient Greek myth of Narcissus and Echo. In the story, Narcissus is a young man who dies after he sees his reflection in a pool of water and is consumed by his own vanity. In real life, narcissism is much more complex and affects people in various ways.

Individuals with a narcissistic personality disorder often have a deep-seated fear of rejection and being abandoned by others. They will cope with this fear (often unknowingly) by requiring constant approval and admiration from others, among other things. They will do this in a variety of ways, including:

-Exaggerating achievements and abilities, and having an exceptionally high sense of self-importance.
-Having preoccupations with fantasies of success, power, beauty, admiration from others, and love.
-Believing that they are special, unique, and only want to associate with people of high status.
-Regularly needing excessive praise or admiration.
-A high sense of entitlement and having unrealistic expectations of others.
-Taking advantage of or exploiting others to achieve their own goals.
-A lack of empathy or inability to recognize the feelings or needs of others.
-A strong belief that others are envious of them, coupled with jealousy of the achievements of others.

Narcissism has a damaging effect on all types of relationships with others. Because achieving real intimacy is difficult for a narcissist, they will often have a pattern of short-lived, intense relationships. Many narcissists leave behind a trail of destruction when it comes to relationships. When presented with any form of criticism or opposition, a narcissist tends to react violently. They are hypersensitive to any kind of criticism that threatens the image they’ve carefully constructed for themselves. Narcissists are also preoccupied with superficial aspects of their lives, such as looks, money, status, and power.

Engaging in reckless behavior is not uncommon for those with a narcissistic personality disorder. This type of behavior along with exploiting others can be a source of pleasure for these individuals. Their sense of entitlement will lead them to believe they are above the laws, or exempt from other rules of society. Emotionally abusing others through bullying, manipulation, and humiliation can be quite common. Other reckless behavior can include heavy drug and alcohol use that can quickly spiral into addiction.

Studies suggest that almost 50% of individuals with a narcissistic personality disorder also abuse drugs or alcohol. This presents a unique challenge when it comes to getting treatment. Is the addiction caused by narcissism, or is it something else? It is also especially difficult for a narcissist to admit they need help, and they will often react with defensiveness, hostility, or aggression when confronted about a substance abuse problem. They will resist the help of authority figures such as a doctor, counselor, or treatment professional. Oftentimes a narcissistic must experience a series of especially difficult or devastating events before they can admit they need help.