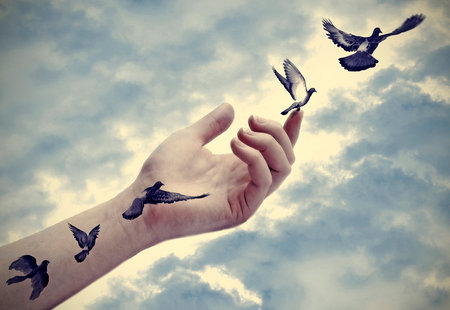 Eating disorder experts have been investigating possible connections between perfectionism, control, and anorexia for years and have finally confirmed their suspicions that the disorder is linked with those traits. A recent international study conducted on over 300 women in both the U.S. and Europe found that there was a correlation between the severity of their anorexia and the extent of their perfectionism.

Finding a connection between personality traits such as perfectionism and control and the development of an eating disorder like anorexia can help researchers develop more effective treatment methods for the disorder, as well as discover any genetic traits that predispose a person to eating disorders.

In the past, evidence supporting the link between personality traits and anorexia wasn’t strong enough to warrant any serious consideration. With these latest findings, researchers can now move forward in uncovering the origins of one of the deadliest mental disorders afflicting men and women today.

The study uncovered any genetic susceptibility in participants by finding any relatives who also suffered from an eating disorder, and then included them in the study. The participants also answered questionnaires about their eating disorder, how perfectionism affected their lives, and how strongly they felt motivated to make changes to their appearance.

The researchers conducting the study found that the severity of a person’s anorexia went up when there was also a high level of perfectionism and a need to have control present on the questionnaire. Now researchers believe that having a high level of perfectionism also indicates that there is a strong genetic predisposition toward developing an eating disorder like anorexia.

More research needs to be done however. Researchers still don’t fully understand whether anorexia develops as a result of genetic or environmental factors, or a combination of both. Future studies will take a closer look at the behavior of participants and their genetic makeup.

Strategies for letting go of control and perfectionism.

In order to fully recover from an eating disorder like anorexia, it’s important for an individual to look at underlying personality traits like perfectionism and having a need for control. Treating these issues and finding healthier, more balanced strategies for living will bring greater progress in recovery. Working with a therapist or an eating disorder specialist who is familiar with these core issues is also a good idea. Here are a few strategies that can help you begin to overcome control issues:

Learn to recognize perfectionism and controlling behavior in yourself. This is where working with a therapist can really help. You can begin to get in touch with your emotions and recognize how perfectionism is connected to deeper feelings of shame or a fear of rejection. You may not believe that you’re not good enough and suffer from low self esteem. Recognizing negative thoughts and self talk brings a new awareness that can help you begin to overcome these harmful traits.

Change your perspective. This can be a tough one, especially for eating disorder sufferers, but a shift in perspective is really necessary for making a change. Ask yourself if obsessing over small details in appearance, diet, or other areas of your life is really that important. You’ll find that the answer is usually no.

Let mistakes happen. Life is a journey that involves making mistakes, falling down, and then picking oneself up again to continue to the next thing. When you allow yourself to make mistakes, you can begin to realize that being less than perfect isn’t really that scary after all. Learn to see mistakes and obstacles as opportunities to grow and change. This will make them seem far less frightening.