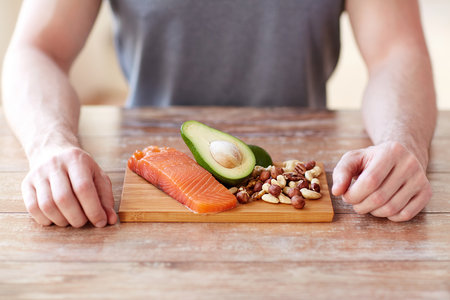 There can be a myriad of factors which can cause or contribute to depression and one of the most surprising and complicated of them is malnutrition. Currently, 1 in 10 Americans is diagnosed with depression and efforts at achieving remission for the disorder have had limited success.

A number of people may struggle to make improvement if they are taking antidepressants and they may even develop a tolerance to the medication they are taking over time. Although depression is psychological disorder, one of the issues believed to be a cause is the imbalance of the neurotransmitters serotonin, dopamine and norepinephrine.

Many medications attempt to treat the condition by achieving more optimal balance in the brain but few doctors consider the role of nutrition prior to prescribing anti-depressants. A patient’s diet can play a bigger role in their mood than most people realize, and in addition to other types of therapy better nutrition can help improve symptoms of depression.

Important Nutrients to Improve Mood
Depression can actually be closely tied to diet in some cases as poor eating habits fail to provide the adequate nutrition that is necessary for proper functioning. It is important for depression patients to be evaluated and monitored for certain deficiencies so that they know their own vitamin profile and can work to correct any problems.

For patients with depression, it is important to get omega 3 fatty acids because these are critical to brain function and affect both memory and mood. Omega 3 is not produced in the body and needs to be obtained through diet or supplementation. Iron deficiency in the form of anemia is also an issue that can lead to fatigue and mood disorders.

Anemia can be more prevalent in women, affecting as many as 20 percent. Depressed patients also tend to suffer from a zinc deficiency at alarming rates and there is plenty of evidence suggesting a strong correlation between depression and inadequate zinc.

Avoiding Caffeine and Sugar
Studies suggest that diets too high or too low in dietary fat can be linked to depression. Suicidal patients studied in Italy often had cholesterol levels that were too low. Excess sugar and caffeine can also be linked to depression, with research showing that cutting out these two can lift mood levels in only a week. Adding them back into a diet can also quickly deteriorate a person’s mood.

Folate or B9 also has strong links to mood disorders and is often used alongside or in place of anti-depressants. Folate deficiency is acutally very common as the average American only consumes about 60 percent of their recommended daily allowance for folic acid every day. There is a lot of evidence showing that low levels of folate are closely linked to depression and the lower the levels, the worse the depression in many cases.

Studies have proven that high folate levels result in a 44 percent response rate to medication compared to 7 percent among people with folate deficiencies. Issues with the thyroid caused by iodine deficiency can cause problems as the thyroid regulates important bodily systems such as metabolism, growth, body temperature, hormones, immune function, energy and brain function.

Since there are many kinds of deficiencies that can be associated with depression, it is important for each patient to be evaluated to determine if any specific nutrient can be linked to their mood disorder.