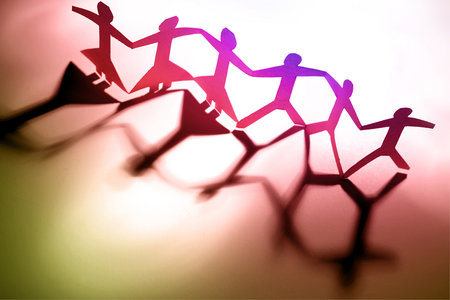 A stereotype can be defined as a popular belief about a specific group of people that can be either negative or positive, and that affects the way people interact with those groups. Stereotypes are often about groups that are perceived as inferior or superior, or about groups that a person aspires to be a part of. Both the members and nonmembers of a group will often have negative perceptions of each other that have little to no basis in reality.

Negative stereotypes about specific groups of people can be quite dangerous for numerous reasons:

-They are normally wrong, or not based on the truth about that group.
-The use of negative beliefs about others to justify their own questionable behavior.
-They often lead to further conflicts.
-They create negative emotions, such as hatred, anger, bitterness, and resentment, that can have a destructive effect on people’s lives.
-Stereotypes create suspicion and mistrust and contribute to an “us vs. them” mentality that is not beneficial for anyone.

Stereotypes about addiction are especially harmful and unfortunately continue to be very common among the general population. Both alcoholics and drug addicts deal with a number of negative stereotypes and misconceptions, including:

It is true that some of these stereotypes do apply to some individuals who abuse drugs or alcohol, but not all addicts share these characteristics. There are high functioning addicts and alcoholics who don’t fit the stereotypical mold of a person struggling with addiction. Some characteristics of a high functioning alcoholic or addict include:
-Having a successful or high paying career.
-Maintaining a marriage or long term relationship.
-Supporting a family, and being a good parent and spouse.
-Being a respected member of their community.
-Having no criminal record or any other run-ins with the law.
-Leading a life that looks balanced and happy to everyone else.

High functioning addicts and alcoholics may appear to have their lives together, but it is only a matter of time before their drinking or drug use takes a toll on their health and happiness.

Why stereotypes about addiction are harmful.

Addiction stereotypes do more harm than good because they encourage ignorance about the true nature of addiction and continue to make it difficult for addicts and alcoholics to get the help they desperately need. Other reasons stereotypes about addiction are harmful include:

Making it easier for an addict or alcoholic to deny they have a problem because they don’t fit into any stereotype.
Making it difficult for an addict or alcoholic to get help because they feel shame or feel like it will ruin their reputation.
Encouraging an attitude of judgment and apathy toward addicts who are simply people struggling with a disease.