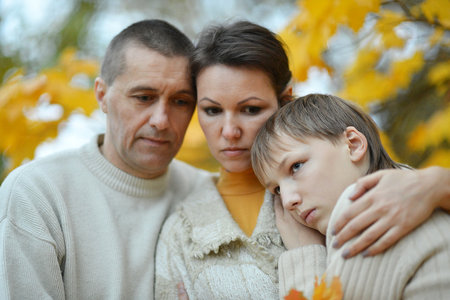 Substance abuse and alcoholism not only affects the health and well-being of the addict, they also have an effect on every member of their family. This is especially true if a parent is abusing alcohol or drugs. The family’s rules, roles, and the relationships between each member become arranged around the drug or alcohol habit of the person who is struggling with addiction. This person’s habit is protected by the established roles in order to maintain a sort of balance among the family as a whole.

The roles also make it so that the family appears to be functioning normally to outsiders. If there are young children in the household, maintaining certain roles can also be used to protect them. But as the addiction or alcoholism progresses, these roles may be challenged or can even backfire, causing long-term psychological damage to family members.

There are a few significant family roles that are developed in response to a parent’s alcoholism or addiction. These roles serve as coping mechanisms for living with a substance abuser. As mentioned earlier, sometimes these roles can shift to suit changing phases of addiction, the ages of children, gender, birth order, relationships between parents and siblings, and even marital status. The following are some of the most common family roles that emerge in response to addiction or alcoholism.

The enabler – a role that is often taken on by a spouse, or an older child in a single-family home. This is the family member who makes excuses for the addict, tries to minimize any damage they have done, and generally enables them to continue abusing drugs or alcohol by denying the severity of their problem. The enabler acts of a defense mechanism that is part of an effort to maintain an appearance of order and normalcy in the family. Oftentimes the enabler has internalized their own feelings of fear, anger, resentment, shame, and others to keep up appearances.

The hero – a role that can overlap with the enabler, the hero is the family member who works hard to appear strong, confident, and ambitious. This is the person who gets good grades, wins prizes, is the star athlete or scholar, and who takes care of the other siblings. The hero will also struggle to take on increasing responsibilities as the addiction of a parent gets progressively worse. This is one of the hardest roles to maintain and involves a lot of repressed feelings of shame, anger, and inadequacy.

The scapegoat – this is the family member who acts out and embodies all the negative qualities according to the other family members. The scapegoat is used to deflect the negativity away from an addicted parent and is blamed for anything that goes wrong in the household. This kind of negative attention creates a separation from them and the rest of the family and causes great anger, resentment, and low self-esteem in the scapegoat child.

The lost child – in a similar manner to the scapegoat, the lost child is separated from the family’s dysfunction. This family member will isolate themselves and have trouble connecting with others in an effort to escape from the pain and chaos at home. The lost child protects themselves in fantasy and emotional disengagement.

The mascot – this family member will bring the family comedic relief when faced with uncomfortable situations caused by a parent’s addiction. The mascot is usually aware of their ability to distract family members from the problem, and will often become trapped in their role.