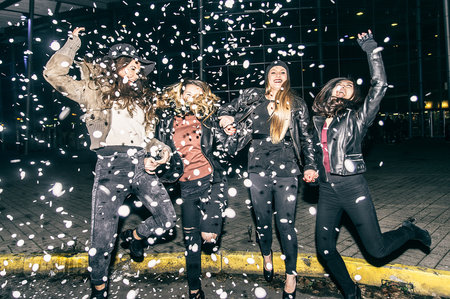 Our culture often construes adolescence as a time of experimentation with identity. Growing young men and women have the opportunity to try different things, and determine what kind of a person they really want to become. While sometimes this results in discovering passions and creating identities, this can sometimes manifest in less healthy behavior.

Parts of the brain that evaluate consequences and think abstractly are still being formed in the teen years, and so many teenagers are more likely to act impulsively. Many teachers, parents, and other community members are concerned about teen’s risky behavior. However, some recent data out of the Center for Disease Control has shown some promising trends among today’s teenagers.

The Survey:
Conducted by the Center For Disease Control (CDC), The 2015 Youth Risk Behavior Survey (YRBS), surveyed more than 15,000 students in 125 public and private high schools across 37 states in the U.S. The YRBS is conducted every two years, and offers one of the largest quantitative windows into the behavior of youth in the United States. The results were released on June 9, 2016, and showed many encouraging trends.

Among the teenager surveyed, cigarette smoking and consumption of alcohol is at an all time low, since the CDC began tracking that use in 1991. Marijuana use has also declined to 22% The use of illicit drugs have also declined significantly. The nonmedical use of prescription drugs has fallen from 23% in 2011 to 17%. Teens who reporting having sex declined from 47% to 41%. Only 30% reporting having sex within the past three months, down from 35% in previous surveys.

Concerns:
However, this survey does show that there are still some areas of concern, and that more work needs to be done. This was the first year the survey asked about the use of e-cigarettes, and found that 24% of the students surveyed used them. This indicates that, while smoking has declined, that it has simply transferred over to this new way of consuming nicotine.

Even though the use of alcohol has declined from previous years, 63% of the teenagers have tried alcohol, and 33% had drank at least once within the past 30 days. This means a third of all teenagers may be drinking regularly, exposing themselves to something that can harm their developing brains and increase their likelihood of engaging in high-risk behavior.

Reasons:
Dr. Stephanie Zaza oversees the survey, and said that, while there are some encouraging trends, that we should not become complacent. Speaking to The Fix, she told Dorri Olds that “the numbers are coming down but we should not be complacent about them.” She is currently calling for further examination of the data and more research into the lives of contemporary teens, so we can learn more about the reasons behind these promising declines in unhealthy behavior. This survey can be an important part of working to make things better, educating all teens to make healthier choices.

While there are many reasons why teens engage in unhealthy and risky behaviors like drug use, drinking, and unprotected sex, one very important reason is based on the perception that behavior is normal among their peer group. Youth will often want to imitate people around them, especially people their own age that they relate to. Thus, the perception that “everyone is doing it,” can be a strong insensitive to lead even more youth down a path of substance abuse. That is why it is important to be aware of this survey. The truth is that lots of teens are not making these irresponsible choices, and are choosing to stay sober. A teen who chooses not to drink or use drugs is in fact in very good company.