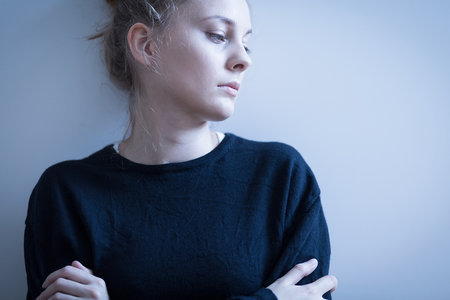 Of the many forms that eating disorders can take, the newest trend that has especially become an issue on college campuses is the mixing of anorexia and alcohol consumption. The term “drunkorexia” has been popping up recently in various articles, websites, and blogs as an issue that abuse counselors are now dealing with mainly among women in their early twenties.

A person with this problem has many of the symptoms of anorexia or bulimia but also abuses alcohol. Diet blogs and studies describe a “drunkorexic” as someone who restricts food intake to reserve the calories for alcohol and binge drinking.

This unique disorder has become a bigger problem on college campuses where binge drinking has increased dramatically in the past decade. Universities are trying to crack down on both the dangerous behavior of binge drinking and reduce weight consciousness or “fat talk” that can contribute to disordered eating habits.

Binge Drinking and Cutting Calories
Many college campuses are participating in anti-binge drinking ads and others are enforcing strict rules prohibiting drinking in dormitories. Other schools are also involved in a “Fat-Talk Free Week” to raise awareness of the negative consequences of conversations with too much focus on weight.

These campaigns are a step in the right direction but both issues are a major part of college students’ issues with alcohol and weight. Friends and sorority sisters often create support systems so that their group will abstain from food especially during a night of partying.

Savannah, a former student of the University of Texas, says that she would often skip meals to account for the calorie content of alcohol. It was her method of staying thin so that she could still go out and drink at night. She claimed that her and her friends would work out late instead of eating, or in some cases throw up before going out.

Drinking and Restricting Among Men
Skipping meals in order to drink heavily has become a fairly common occurrence among women in college who often engage in this behavior for years, believing it to be safe for their health. Even though eating disorders are more common among women, there are still more an a million males who battle the illness in the U.S. College males also try to control their weight in spite of fraternity binge drinking and partying.

Some men claim that the motivation for their behavior can vary with some college males looking to feel more of the effects of alcohol by drinking on an empty stomach. Others say that money is a factor in their disordered drinking and eating habits because they choose to spend money on beer instead of eating dinner.

Some college students blame the prevalence of advertisements for low calories beers and other diet alcohol drinks that draw attention to the calorie content of alcohol. These advertisements may push students to take drastic measure to reduce their calorie intake so that they are still able to binge drink.

Although “drunkorexia” is a type of eating disorder, psychologists stress that it is also mainly rooted in addiction. Alcoholism and eating disorders frequently co-occur and in many cases there are also other psychiatric problems present in an individual that contribute to both problems. There are many commonalities between addiction and eating disorders because they both involve a lot of planning and focus on engaging the behavior.

Unfortunately many college students take this type of behavior lightly, unaware that they are dealing with both an addiction and an eating disorder as part of a complex psychological problem. They may think of “drunkorexia” as some sort of diet fad when the behavior can really be harmful to a person’s mental and physical health.